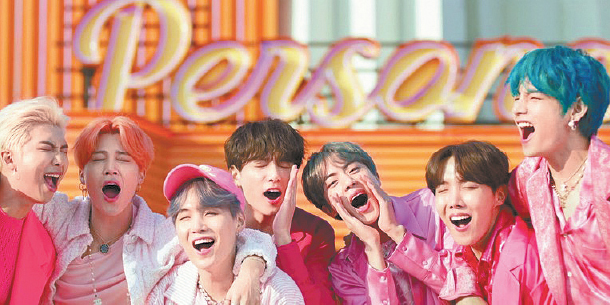 The Ministry of Culture, Sports and Tourism, along with other government bodies, are reportedly discussing whether to revise the laws concerning mandatory military service for K-pop stars.

A government official told Yonhap News that relevant government bodies including the Ministry of National Defense held a meeting Saturday to consider allowing K-pop stars more flexible international travel schedules during their service in the military.

Men in Korea are required to serve in the military for at least 21 months. They can start when they turn 18, and they have to serve by the time they turn 28.

One of the members of K-pop sensation BTS, Jin, is turning 28 this year. By law, he must enroll in the military by Dec. 4 this year.

The current laws allow men to postpone their mandatory military service five times until they turn 30, for reasons such as illnesses, disasters or college entrance exams, but not for a music career, unless the artist has won first or second place in international competitions in fine arts or intangible cultural heritage areas.

The laws do allow those in military service to travel internationally for a period of up to six months each time they travel, and for a total of two years. But this allowance is restricted to applicants between ages 25 and 27.

“We have begun the discussions among the relevant ministries,” an official told Yonhap News. “But we have not decided what kinds of legislative amendments we will propose at the end of these meetings. This kind of change needs widespread public understanding and support.”

The Culture Ministry had previously mulled over whether to allow special exemptions from military service for K-pop stars last year, but ultimately decided against it.

The proposal received mixed responses from the public and lawmakers.

Culture Minister Park Yang-woo said at the time that while the ministry wishes to expand the exemption allowance to K-pop stars and other artists, the Defense Ministry and Military Manpower Administration would rather not see an expansion of the exemption criteria.

Park also said that future discussions within the government bodies would consider whether to allow more flexible international travel for artists upon recommendation by the culture minister.

Military service of K-pop stars has often been a controversial issue in Korea, with one of the earliest examples being that of Steve Yoo, who became a naturalized U.S. citizen in 2002 at the age of 26. Accused of dodging the mandatory military service, Yoo was deported and banned from coming back to Korea.