A Woori Financial Group committee chose Kwon Kwang-seok, head of the Korea Federation of Community Credit Cooperative’s (KFCC) credit business unit, as the sole candidate for the position of CEO at Woori Bank on Tuesday. 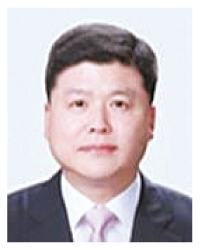 Kwon entered Woori Bank in 1988 and served as the head of the bank’s Investment Banking Business Group since 2017. After serving briefly as the CEO of Woori PE, a private equity unit, Kwon was appointed as the head of credit business at KFCC.

The 57-year-old Kwon was seen as the right candidate to drive Woori Bank’s global strategy based on his experience at investment bank and global IR units.

Woori Financial Group had initially planned to finalize its choice for Woori Bank CEO last month, but couldn’t reach a conclusion. An additional meeting scheduled for Jan. 31 was again delayed due to the FSS’s decision to sanction Sohn, which occurred a day before the meeting.

Woori Financial Group is waiting for the Financial Services Commission’s confirmation of the sanction, which could come early next month.

Sohn’s reappointment will be confirmed at the shareholder meeting on March 24, and Kwon’s term will begin that day.