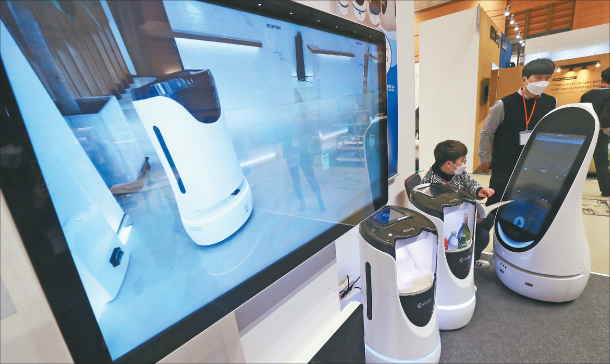 Hotel service robots, including those that deliver wine, are on display at Hotel Fair at Coex, southern Seoul, on Wednesday. Technology, including robotics and the Internet of Things, is seen changing the lodging industry. Telecommunications company KT in December announced that it would commercialize its N bot AI hotel robot. [YONHAP]