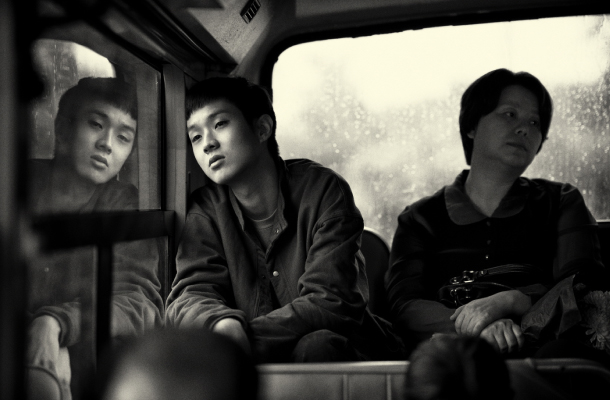 Before the release of the black-and-white version of the Oscar-winning “Parasite” on Feb. 26, CJ ENM revealed 11 still photos from the film chosen by director Bong Joon-ho. In this photo, Ki-woo (played by Choi Woo-shik) stares out of the window of a bus. The photos were shot by the still photographer Lee Jae-hyuk, who was also responsible for the posters and still photos of “The Handmaiden” (2016), “Assassination” (2015) and “1987: When the Day Comes” (2017). [CJ ENM]