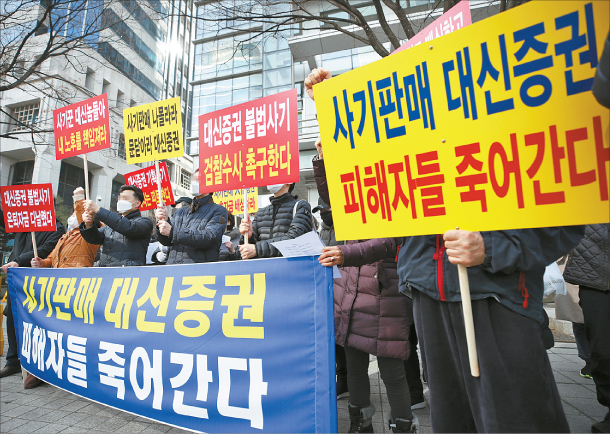 A hedge fund operator, already reeling from a cascading series of damaging revelations, has admitted that those who invested money in four troubled funds could wind up losing more than 1 trillion won ($845 billion).

Lime Asset Management, which suspended investment withdrawal from four of its parent funds last year, admitted Friday that more than 500 billion won of investment from its two major funds has vanished. But depending on the total return swap (TRS) agreements for the other two funds, retail investors could lose even more.

Two of the funds, Pluto FI D-1 and Tethys 2, have reported 49 percent and 30 percent net value loss, respectively. The hedge fund operator said Monday that it has started applying the newly depreciated value of those two parent funds to its subsidiary funds. But calculating exactly how much money investors lost will take more time, the company said.

“The base price adjustment to the subsidiary funds will be applied in order until Feb. 21,” a Lime Asset spokesperson said. 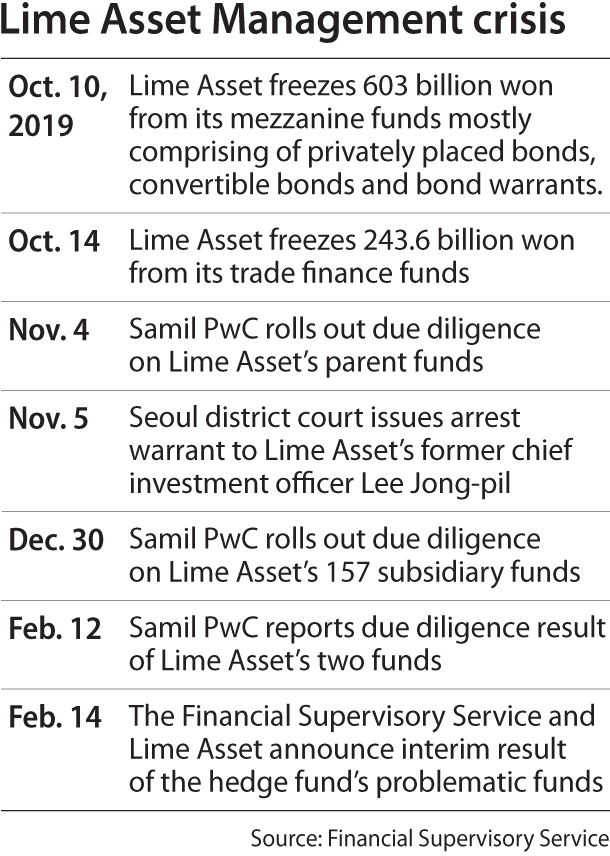 An outside accounting firm is still finalizing its evaluation of the other two troubled funds - Pluto TF-1 and credit insured fund.

Of the four, Pluto TF-1 is one of the most insolvent funds, with a total investment of 240.8 billion won. It had been invested in five global trade finance funds since 2017 through a TRS agreement with Shinhan Investment. Two of those global trade finance funds were, in turn, operated by New York City-based investment adviser International Investment Group (IIG), which last year had its license revoked and assets frozen by the U.S. government for an alleged Ponzi scheme.

But Lime Asset has already estimated that the net value loss of Pluto TF-1 will be nearly 50 percent - a loss of 120 billion won. The final report on the Pluto TF-1 fund will be released by the end of February, according to the hedge fund operator.

“The trade finance fund is associated with five global finance trade funds’ losses. If these global funds incur loss of more than $200 million, all of the assets under Pluto TF-1 might disappear,” a spokesperson for the Financial Supervisory Service (FSS) said.

The agency claims that Shinhan and Lime manipulated the base price of Pluto TF-1 by raising it by 0.45 percent every month from June to November last year when IIG suspended giving out base price calculation.