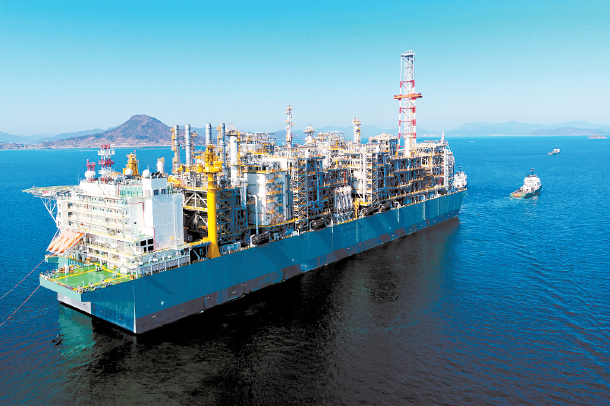 Samsung Heavy Industries’ floating liquefied natural gas (LNG) production plant leaving the shipbuilder’s shipbuilding yard in Geoje, South Gyeongsang, leaving for Malaysia on Tuesday. According to the Korean shipbuilder, the plant was ordered by the Malaysian state-owned energy company Petronas for $1.6 billion in 2014. The floating LNG plant is 393 meters (1,290 feet) long, 64 meters wide and weighs 131,300 tons. The plant will be placed on top of a gas field that’s 140 kilometers (87 miles) off the coast of Kota Kinabalu. It will produce 1.5 million tons of gas annually for the next 20 years, starting November 2020 - equivalent to 4.7 percent of the annual gas consumed in Korea. [SAMSUNG HEAVY INDUSTRIES]