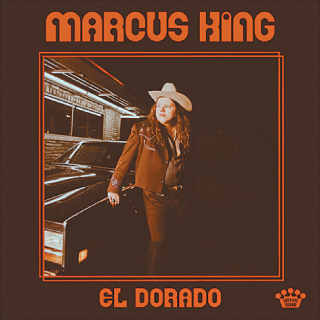 Marcus King’s solo debut is an enticing mix of deep soul, rock and country in the best Southern traditions.

King, though just 23 years old, has been a professional musician for over a decade and already has three albums with the Marcus King Band.

Produced and co-written by Dan Auerbach of The Black Keys, “El Dorado’’ is a smoothly-paced release, with acoustic-based and mid-tempo soul tunes amid a few fuzzy rockers with cutting guitars and rumbling bass. You could say King has been “Auerbached,” with the producer’s distinct approach putting a definitely noticeable but elegantly un-intrusive frame around King’s own skills.

King is known for his volcanic vocals and his amazing six-string dexterity.

But “El Dorado” finds King, a South Carolina native now based in Nashville, mostly dialing down the overall volume without sacrificing intensity or feeling.

By putting his songwriting and more nuanced singing at the fore, King expands his guitar hero profile with excellent results.