Peace breaks out, or is it the calm before storm?

Peace breaks out, or is it the calm before storm? 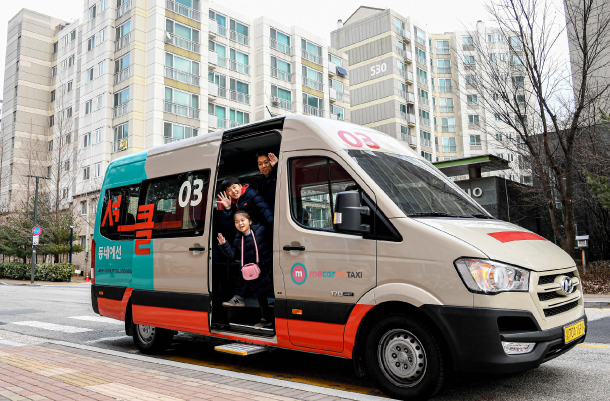 Following a landmark ruling that essentially declared the Tada van-hailing service as legal under the current law, an uneasy peace has broken out in the passenger transportation business.

VCNC, which runs Tada, seems to have extended an olive branch. The company is offering taxi drivers with a valid taxi license 5 million won ($4,100) and a waiver of fees for three months if they join Tada Premium.

It is possible that many other rental car companies will flood into the market. The ruling cleared the way for any so-called mobility company to enter what was previously the private domain of taxis.

While Tada may have won the battle, the war continues. A revision to the Passenger Transport Service Act proposed by Rep. Park Hong-keun is pending at the National Assembly. It would ban Tada.

The key to last year’s “Taxi Innovation Plan,” released by the Ministry of Land, Infrastructure and Transport, and Rep. Park’s bill is that anyone who wants to be in the mobility business needs to buy a taxi license.

Socar CEO Lee remains steadfast, posting on Facebook that the revision law should be scrapped altogether.

Kakao Mobility’s Kakao T Blue, local mobility start-up KST Mobility’s Macaron Taxi and Hyundai Motor’s and KST Mobility’s Shucle are all contenders in the newly liberated business. They either took over taxi licenses or made alliances. Uber and Banban Taxi are also models that mediate taxi license holders and passengers.

But if Tada’s rental car model gets fully legalized, taxis, which cost tens of millions of won to license, will lose competitiveness in the market.

“It will be a showdown between the taxi-based business and rental car-based businesses,” a founder of a mobility company said on the condition of anonymity.

What matters is speed.

Taxi-based Kakao T Venti or Shucle take time to expand as existing taxis have to participate or new participants have to buy licenses. Kakao T Venti, a large-sized taxi that started in December last year, has yet to meet its target of 100 trial drivers.

Earlier this month, Kakao T Venti held a briefing session for private taxi drivers to announce that 7 million won will be provided per unit if the taxi driver joins the service with their own car.

If regulatory risk disappears, the competition will pour money into the market. While Tada is failing to make operating profit, capital and technology are needed to capture business.

The Ministry of Land, Infrastructure and Transport is facing a crisis of confidence.

Last year, the ministry proposed a taxi reform bill, but it failed to effectively mediate between the mobility companies and the taxi companies. Taxi companies strongly protested the ministry’s decision to exempt the start-up companies from contributions.

The ministry created uncertainty among the mobility companies, saying one thing at one moment and then something else altogether.

“The policy stance of the ministry has been shaken,” an industry insider said. “But instead of resolving uncertainty, the policy has made uncertainty bigger.”

The coronavirus has become a stumbling block, and internal unity within the taxi industry is not the same as the past.

Taxi companies and drivers are battling over the system that took effect in January this year to give a monthly salary to taxi drivers. Companies have asked for a delay, while the taxi driver union is determined to implement it as soon as possible.

The situation is different from last year, when taxis were united.