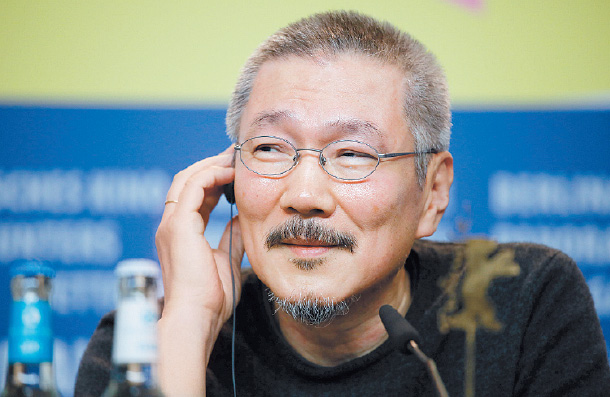 Hong’s 24th feature was selected to compete for the Golden Bear in the main competition section of the 70th edition of the event, which kicked off on Thursday and runs through March 1.

“The Woman Who Ran” is a story about a woman who meets three friends while her husband is on a business trip and enjoys her conversations with them. Kim Min-hee, who is known to be in an extramarital relationship with the director, took the title role in the film.

“When I start shooting, I don’t have a complete idea in terms of structure or narrative,” the director said during a press conference in Berlin. “I just start with some materials and see what happens, how I respond, and what comes out of that response.”

He said he tried not to generalize the life or the existence of humanity in his new film.

He did not elaborate on the meaning of the film’s title, “The Woman Who Ran.”

The Berlin film festival introduces the film on its homepage as a “beguiling, mysterious gem,” made with Hong’s minimalistic mode and style.