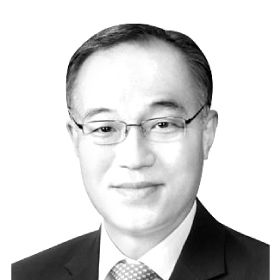 Park Eun-cheol
The author is president of the Korean Academy of Health Policy and Management and head of the Institute of Health Services Research, Yonsei University College of Medicine.

Over 80,000 people across 54 countries have become sick from the new coronavirus (officially called Covid-19) originating from Wuhan, China. The number exceeds the 8,098 who were infected in 29 countries from an earlier coronavirus strain called severe acute respiratory syndrome (SARS), which also originated from China in 2003. Covid-19 has spread father and faster because its symptoms can be less severe and go unnoticed. Moreover, cross-border business transactions have more than quadrupled since 2003. Making matters worse, political factors got in the way of good judgment and proper actions in the battle with the epidemic.

China concealed the early days of the new virus because its economic power led it to believe that it could contain infectious diseases. Although it learned about the possibility of community infection in Wuhan in early December, it announced the discovery of a new virus on Dec. 31. It did not disclose information about the spread for 15 days from Jan. 1. As a result, the disease sickened over 70,000 people and killed over 2,700 in China alone. The disease has now been transmitted to all countries with direct flights from Wuhan and has reached almost every continent on the planet.

After an emergency meeting on Jan. 22, the World Health Organization (WHO)’s Director-General Tedros Adhanom Ghebreyesus did not declare a public health crisis from the new virus even as more than 100 patients were reported on a daily basis in China. Infections were also reported in six Asian countries as well as in the United States. The WHO raised the alert only on Jan. 30. Ghebreyesus is suspected to have come under pressure from Beijing, which had supported the Ethiopian candidate for the top position at the WHO in 2017. Political consideration influenced the judgment of the WHO chief at a time when a coordinated global reaction to the communicable disease was crucial. As a result, the entire global community has come under the threat of a pandemic.

Japan refused to allow a virus-hit cruise ship to dock at Yokohama and neglected care for the passengers in fear of spoiling the Tokyo Summer Olympics in July. The isolated passengers were left alone in fear and sickness.

The Moon Jae-in administration acted lukewarmly against the penetration of the deadly virus because it was eager to bring Chinese President Xi Jinping to Seoul ahead of the April 15 general elections. On Jan. 26, President Moon assured the people not to be over-anxious and instead have faith in the government when the third case of infection was reported. On Feb. 13, Moon declared that the virus will soon disappear. Political judgment without any scientific basis only worsened a crisis. Even when North Korea sealed its borders with China and 41 nations blocked the entry of Chinese visitors, South Korea kept its borders open. Only on Feb. 3, it restricted the entry of people from Hubei Province.

Since Jan. 26, our medical experts repeatedly urged the government to ban the entry of all Chinese. Over 760,000 citizens signed a civilian petition on the Blue House webpage demanding the move. Even the central disease control headquarters agreed to the ban. Now countries are turning away or quarantining South Koreans after the surge in patients in Daegu and North Gyeongsang. Even Chinese provinces are banning entry and toughening immigration procedures for South Koreans. The country can face a second attack as over 70,000 Chinese students must enter Korea for the new semester in March. But the government did not issue any guidelines and instead left it up to individual universities to cope with their students from China. 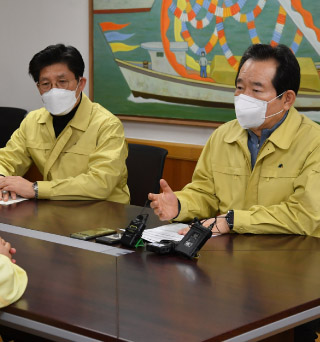 Prime Minister Chung Sye-kyun, right, discusses a critical lack of hospital beds in Daegu and North Gyeongsang, where coronavirus infections are concentrated, with Daegu Mayor Kwon Young-jin at the Daegu City Hall on Sunday to address the issue. [YONHAP]

Without a vaccine or a treatment, a new virus is not easy to defeat. It is essential for the government to speedily respond based on scientific studies on the pace and method of the spread, incubation period, fatality rate and quarantine. Preventive — and preemptive — actions are important against an unknown virus.

South Korea has become a hotbed for the virus because it was guided by political factors in its fight against the novel coronavirus. It must realign its strategy strictly based on scientific grounds so as not to further jeopardize public health.