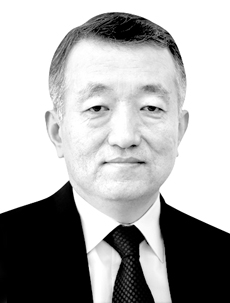 Koh Hyun-kohn
The author is chief editorial writer of the JoongAng Ilbo.

The Lee Myung-bak administration was knocked down during the first round. Massive protests against his decision to reopen the Korean market to U.S. beef imports in April 2008 were the fatal blow. After his presidential victory in late 2007, his approval rating was over 70 percent, but the figure plummeted to 21 percent. He lost the people’s hearts in four months. Reform agendas expected from a CEO-turned-president, such as de-regulations and privatization of public companies, lost their driving force. Surprisingly, Lee became a lame duck in the early months of his presidency.

What happened? During the short period of Lee’s first months in office, the people were hurt. Lee appointed privileged people to top posts, demonstrating that his administration was a privileged class. He insisted on the “Grand Waterway” project without public consent. He pushed it forward by saying, “There is no problem as long as I build a rich country.” His self-confidence went too far. The country was overwhelmed by the shadow of winner-takes-all. The people became more and more upset.

Then the rumor of the mad cow disease from U.S. beef spread. It was fake news with malicious intentions, but the government failed to persuade the government. Many people believed that the Lee administration traded the people’s lives to please the United States. Skepticism grew from the accumulating anger. People wondered, “Will this president treat the people’s pain as if it is his own?” Two months after the massive protests, Lee offered an apology. It was belated.

The tragedy of the Park Geun-hye administration started with the Sewol ferry’s sinking in April 2014. Park went to Paengmok Harbor on Jindo, an island in South Jeolla, and met with victims’ families, and the meeting was aired live. The families were wailing as they sat on the floor of the gym. Park took questions as she stood on the podium. Guards from the Presidential Security Service were standing around the podium. It represented the disparity between the heart of the president and the hearts of the people.

What if Park had sat down on the floor, hugged the families and cried for days to share their pains? The protests at Gwanghwamun Square wouldn’t have lasted long. What she did during the crucial seven hours on the day of the sinking would not have been a controversy.

The people concluded that the president failed to share their pain. She was indifferent to the situation and ended up showing her true nature. She became a lame duck in her second year of presidency.

Since then, controversies followed one after another such as her inability to communicate with the people and her confidante’s abuse of power. Instead of a president worrying about the people, the people worried about the president. Distrust that started with the Sewol ferry’s sinking eventually led to impeachment. Lee and Park failed to give their everything on matters that concerned the people’s lives and safety. They lost the public’s trust and their administrations failed.

How about the Moon Jae-in administration? The answer is no. During the Cho Kuk crisis last year, he did nothing but rush to protect his aides with unreasonable justifications. He hurt the people. The ruling party railroaded the establishment of a new investigative agency for top public servants and a revision of our electoral system.

The people shuddered with fear as they were reminded of the former presidents’ high-handedness. The administration was changed from conservative to liberal, but their way of treating the people remained the same.

And then the new coronavirus outbreak started. Just like the mad cow disease protest and the Sewol ferry’s sinking, it is a sensitive issue concerning the people’s lives and safety. It is 100 times more explosive than the Cho Kuk crisis.

The Moon administration exerted all its efforts to keep the scheduled visit by Chinese President Xi Jinping’s to Korea, perhaps not understanding that the latest outbreak is the worst crisis it is facing.

For some reason, it failed to impose a full entry ban on travelers from China. It missed the crucial “golden time” to contain the outbreak, and now we are experiencing a massive disaster.

As Moon had wished, Korea became a “community” with China. In return, the people’s lives are threatened and Korea became a country shunned by the world.

The government apparently put its own interests and political gains before the people’s safety. The administration and the ruling party are busy blaming others for the crisis. The health minister even said, “The outbreak was caused by Koreans who came from China.”

The people said Moon must be the president of China. A public petition demanding Moon’s impeachment received over 1.4 million signatures.

Lee and Park at least offered tearful apologies, but Moon has not. His March 1 Independence Day speech did not touch anyone because it lacked an apology and words of comfort. Is it so hard for him to say “I am sorry as the president for the people’s pain and my heart also aches”?

The people’s doubt about Moon is skyrocketing, just like in the times when the country faced the mad cow disease protests and the Sewol ferry sinking.

When distrust settles between the president and the people, the president instantly becomes a lame duck. That has always been how it was in the past and it will be in the future. No president managed to restore support after he or she became a lame duck.