Finding delight in the beautiful lyricism of Korean indie artists

Finding delight in the beautiful lyricism of Korean indie artists

Ever wonder what goes on behind the scenes in the music industry? In Future Sounds, Space Oddity, a music creative group in Seoul that curates, promotes and studies the trends of the music world will discuss the hottest topics being talked about inside the music business and recommend music and artists that are catching the eyes of people working in the business.

Over the past two years, Space Oddity has been filming video content with Korean indie musicians. By confining them inside a 16- by 9-meter (52- by 30-foot) rectangular cuboid, we make them perform live in their own style without any restrictions. (Except the physical boundary, of course.) For this project, titled “Azit Live,” we had to shoot about three to four artists or groups per month. 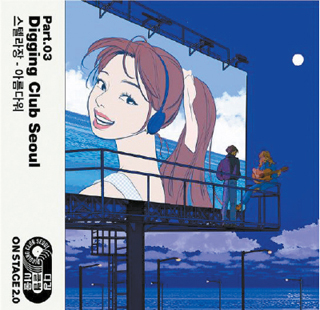 Being exposed to new music as well as the process of artists creating new music for me is one of the most interesting parts of working inside the music business. I usually don’t pay much attention to the lyrics. I guess that’s because my music listening habit began as a young boy admiring pop music from the West.

Since the songs were in English, rather than trying to understand the lyrics, I regarded it less important.

So here’s my excuse: my ears are just trained to pay more attention to the melodies, the rhythm and beat than the lyrics.

But as a producer working on this project that creates video content, it was crucial for me to pay attention to the lyrics. I listened to what they were saying - I mean singing - over and over. As I repeated this process for every musician inside that rectangular cube for the past two years, I began to see the artists as whole new people.

I could discover artists who salvaged an ordinary tune by putting beautiful words on top of it - I had always thought that it was vice versa.

All the dark clouds

it floats around all day long.

But try to stop for a second

and let all that sadness out.

You can become a white cloud.

This is part of the lyrics from a song titled “Joy” by a Korean indie musician OLNL. I thought it was cute how the artist describes that all clouds are white and that they only turn black because of sadness. He must have sat down and looked up at the sky to write the lyric.

Stella Jang is another musician whose writing is stellar.

just worn out from studying

What sin did we commit?

Be pure and innocent?

or Taeyeon, or Seohyun

I’m not Sooyoung, not Hyoyeon

not Sunny not Yuri

This is part of the lyrics of “Girls’ Generation,” which is on Jang’s debut EP released in 2016. The artist said she wrote the song as she was preparing for Grandes Ecole, a higher education program, in France to study biotechnology at AgroParisTech.

Her songs are always that free and open, which is probably why her fan base is growing each day.

Industry insiders still talk about the reasons behind BTS’s success. Many have come up with their own analysis and I believe all of them are true. But personally, I think their success also comes from their ability to communicate with their fans through stories that are relatable.

It’s amazing to see how overseas fans of BTS who cannot read hangul or speak Korean join forces online and translate the lyrics together.

There was a phase in Korean pop when songs with lyrics without any meaning were widespread. But the songs that last a lifetime and keep coming back are the ones with beautiful lyrics.