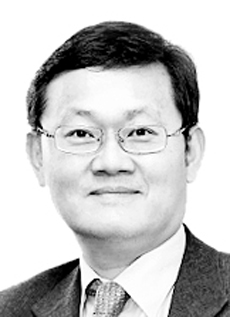 The economic crisis in late 1997 that forced Korea to seek an international bailout remains the most shocking event in the history of the modern Korean economy. The social system collapsed, affecting the entire population. The spread of a new coronavirus (Covid-19) has placed the country in another crisis. The cost of failing to protect the nation from external infections — financial or biological — and preventing their spread by quickly moving to fix internal weaknesses cost us dearly then and now.

The young generation may know the financial crisis of two decades ago only through television or films. Contemporaries, however, still vividly remember the shock. Seeking an international bailout arranged by the IMF and enduring a relentless restructuring according to a recipe spelled out by the IMF was as humiliating as losing our sovereignty to Japan in 1910.

The Asian financial crisis in 1997 originated from Thailand, which saw its current-account deficit grow after a major devaluation of its currency. The country fell into a liquidity crisis when debt financing became difficult. An exodus of foreign capital from emerging markets spread to Korea. Instead of being ready with a contingency plan, Seoul spent resources to calm the market. As foreign capital’s flight continued, it pressured the financial sector. When foreign reserves ran out amid a steep plunge in the Korean won, Seoul inevitably had to turn to the IMF for emergency loans.

In today’s connected world, investment anxiety can spread to other markets rapidly like a virus. As it was weak in risk management at the time, Korea caught the virus quickly. The unprecedented national crisis brought about chain bankruptcies in companies and financial institutions. People lost their jobs because they believed in the government.

The new coronavirus, which originated in Wuhan, China, has inflicted massive damage on Korea. People are forced to stay indoors either from illness or a lack of face masks. Koreans are increasingly being barred or quarantined in countries around the world. Public employees and medical professionals are fatigued after caring for patients and quarantine them day and night for more than a month. Merchants say business is worse than during the crisis in the late 1990s. Few can say when all of this will be over.

We learned painful lessons from the financial crisis 23 years ago. We should have been more vigilant to external threats. We would not have had to seek an international bailout if foreign currency reserves were watched more carefully, foreign debt was contained, and foreign capital movements were controlled. The worst would have been avoided if a social safety net was established and fiscal and monetary policy tools were used well.

Today’s crisis also could have been lessened if borders were rigidly controlled, crowded places and events were quarantined ahead of time and masks or other necessities were ensured.

The United States banned entry of people from China from Jan. 31 and also strengthened quarantines. U.S. President Donald Trump claimed that the action “saved lives” even if he was accused of racism, because the safety of the greater population was more important. He vowed to act upon advice from experts. Korea should have done the same.

Prevention is the most important factor in just about any crisis. As we cannot stop all external shocks, we should learn from each disaster and minimize the impact when a similar threat resurfaces. Since the 1997 financial crisis, Korea has increased its foreign exchange reserves and ensured its own fiscal integrity. It sought currency swaps with key reserve countries like the United States and Japan and implemented fiscal and monetary stimuli to fight the 2007-08 global financial meltdown. The developments during the Covid-19 outbreak also should be carefully studied so we do not repeat the same mistakes in the future.

The public did not forgive the powers that be during the financial crisis of the 1990s. Liberal president Kim Dae-jung was elected. Despite many achievements by the first civilian government, President Kim Young-sam is remembered for causing a national default crisis. The government today has lost public confidence due to its poor management of the epidemic. Politicians are busy blaming one another ahead of the April 15 general elections. But public safety should come first. We must muster all our capabilities to fight the crisis. As in the 1997 crisis, when people voluntarily donated their gold and personal wealth to the state, the power of the people has been crucial in the battle with an epidemic. We all wish Korea could be healthier after it battles the latest disaster.