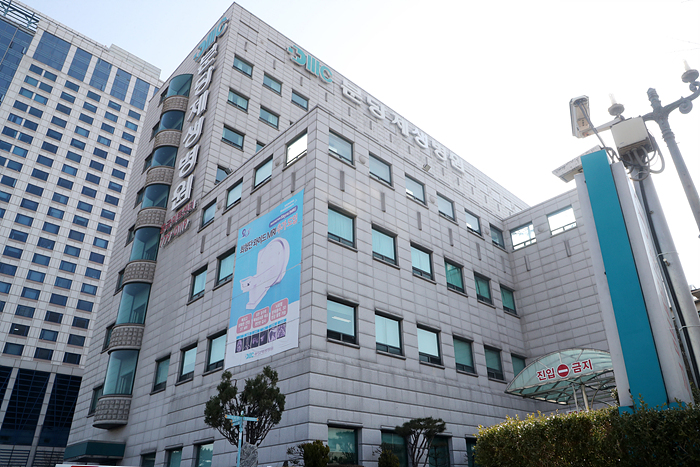 The emergency room and outpatient facilities of Bundang Jesaeng General Hospital in Gyeonggi Province were shut down Friday after health authorities confirmed that eight medical staff and patients were infected by the new coronavirus.

The hospital shut down its outpatient emergency room as of 12:30 a.m.

Last month, six infections were confirmed among the Saengmyeongsam Church of Suwon.

The hospital said it suspects that the mass infection started when a 77-year-old cancer patient was admitted to the hospital through an emergency room on Sunday.

She later displayed symptoms of pneumonia and tested positive for the coronavirus on Thursday.

After the diagnosis, the hospital tested the people who had contact with the patient and confirmed that seven others were infected.

One of the seven infected people is a 76-year-old man who visited the hospital on Tuesday with symptoms of pneumonia.

On Thursday, Seongnam City Government took samples from 171 medical workers and patients of the hospital as part of an epidemiological survey related to the man.

The test results showed that seven others were infected including the 77-year-old female cancer patient.

The hospital said the eight infected medical workers and patients mainly stayed on the eight floor of the hospital, where respiratory disease patients are admitted for treatment.

“Although the 76-year-old man tested positive first, his family members tested negative, while patients and nurses whose movements inside the hospital overlapped with the 77-year-old woman were mainly infected, so we believe she was the initial patient in the hospital,” said a hospital official.

“We are also conducting an epidemiological survey on how she got infected.” 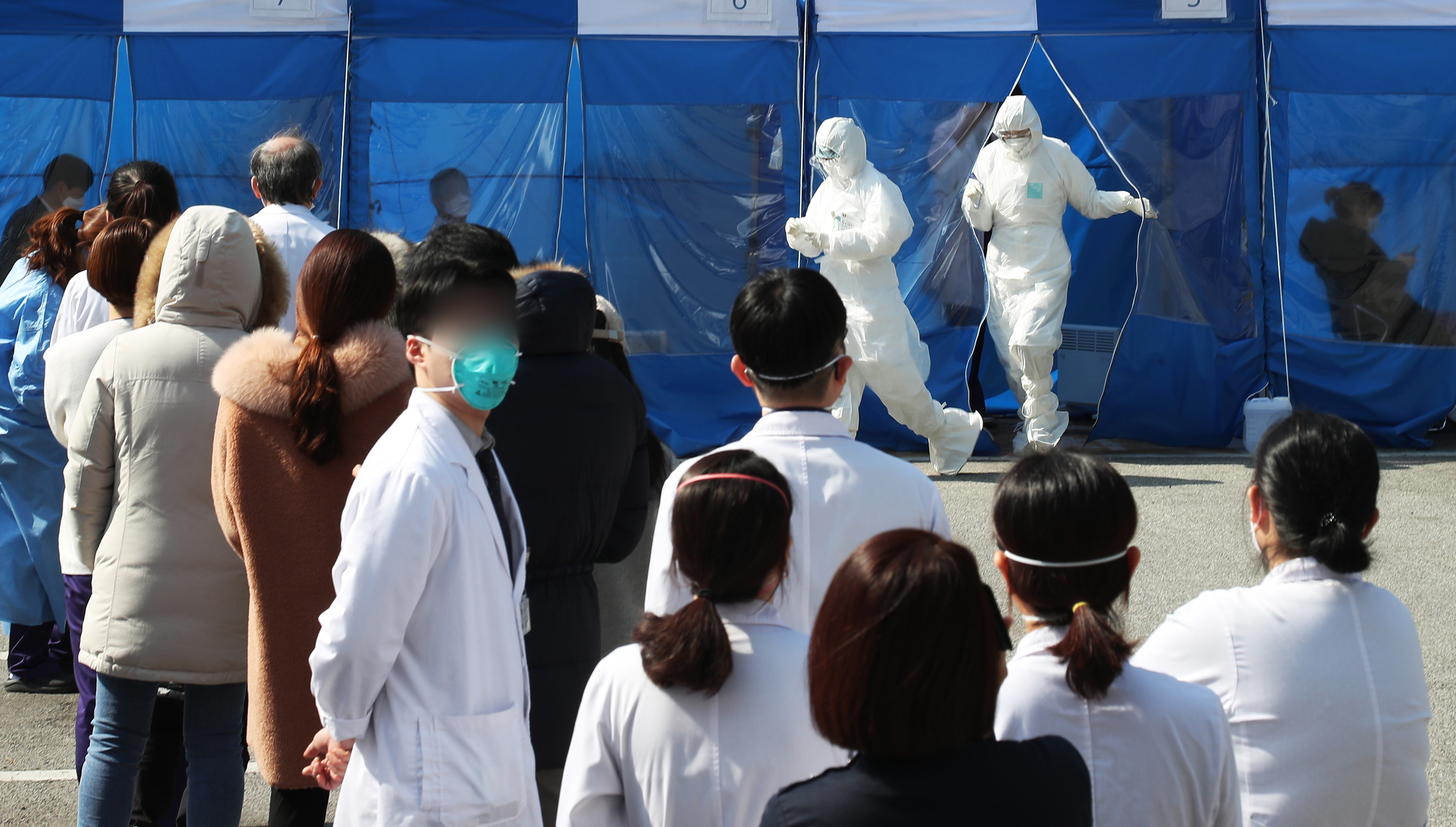 The hospital said it stopped outpatient treatment and reassigned inpatients to different wards, adding that it will do its best to normalize its operations.

“We ask residents to avoid the use of multi-purpose facilities to prevent infections from spreading,” Gyeonggi Governor Lee Jae-myung said Friday.

The city government established a monitoring room inside the hospital and disinfected the facility.

Surveys are ongoing to check on the people who had contact with the confirmed patients.

On Feb. 27, the hospital was designated as a “public relief hospital” where treatments for respiratory disease patients are offered in separate facilities.