[INTERVIEW] How to make humans becomes an ethical minefield

[INTERVIEW] How to make humans becomes an ethical minefield 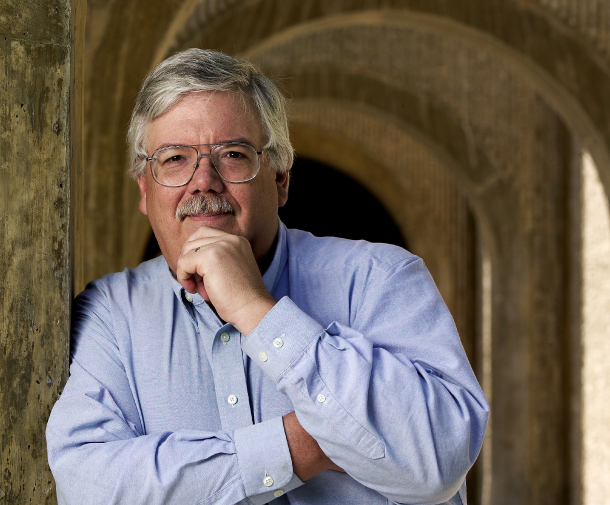 From Dolly the sheep to the latest gene editing technique called Crispr-Cas9, Hank Greely, a law professor at Stanford University, has tracked the progression of new human reproductive technologies along with their legal and ethical implications.

Those implications made headlines in 2018, when Chinese scientist He Jiankui claimed to have created genetically-modified twin sisters, Lulu and Nana, using the Crisper-Cas9 system.

With the World Health Organization calling for a halt to any experiments that would lead to the births of more genetically-edited humans, reproductive technology is now at a crossroads.

Following a 20th anniversary feature published last Monday, the Korea JoongAng Daily publishes this interview with Greely in which he discusses the complications of human reproductive technology and where it is headed.

Q. Where are we in terms of human cloning?

A. Human embryos have been successfully cloned since 2013, first by the [Shoukhrat] Mitalipov lab in Oregon and then replicated in several other labs. As far as I know, no one has tried to transfer any such embryos into a woman’s uterus for possible implantation, pregnancy and birth. People have made embryonic stem cell lines from such cloned embryos.

A poll in a Popular Science article showed that the majority of respondents predict that human cloning will come to reality by 2025. Do you think that is the case?

Well, “human cloning,” in the case of identical twins, has been a reality since there have been humans. I don’t know whether we will see “bioscience” cloning, through somatic cell nuclear transfer, leading to the birth of a cloned baby by 2025. I think the science is ready for someone who is quite reckless - another He Jiankui - to try to do it. It would be profoundly risky at this point, as the Chinese cloned monkey experiment shows: hundreds of embryos, tens of pregnancies, two monkeys dying just after birth and two healthy monkeys. But one could try it. The question is whether anyone will, and, behind that, why would they?

The experience of He Jiankui, who is now facing three years in prison, may deter scientists trying to do it just for fame. If someone with access to an IVF [in vitro fertilization] lab were willing to try it; if a prospective mother were willing to try it (both by providing eggs and by providing a womb); and if someone were willing to pay for it, then I think it could well happen by 2025, perhaps with healthy results, more likely with very bad results for the baby. I just don’t know how those “ifs” will be answered.

Do you think people’s perception of human cloning depends on where they come from?

I think there is some evidence of geographic or cultural differences in perception, but it is not an area I have researched. My impression is that the divide in terms of a person’s age is even stronger than any geographical difference.

Has there been a change in the public perception for human cloning or gene editing?

People seem to have forgotten about cloning in much of the world; gene editing has been getting almost all the attention.

You mention the absence of human cloning attempts recently. What is the reason?

I think it is probably a combination of the lack of any good reason to do cloning, the legal bans on it in most countries and the likelihood (especially after He Jiankui’s experience) of it being received with broad condemnation.

In what aspect is Crispr-Cas9 superior to the cloning method used for Dolly the sheep in 1996?

We don’t know yet whether Crispr is safer for making babies than cloning. We know (or think we know - the Chinese have not been forthcoming about providing details) that at least three Crispr’d embryos have become babies, because of He Jiankui. As far as we know, no cloned human embryos have become babies, but it is not clear whether anyone has tried to do that. But, if they both worked similarly well, cloning only produces an exact genetic copy of someone; Crispr allows you to make changes in the DNA, to correct risks or, perhaps, eventually, to enhance chosen traits.

Do you agree with the idea that people of the current age tend to be more open to radical ideas or technologies than past generations? If so, do you think that the future generation will be more accepting of notions like human cloning or designer babies?

In the cultures I know something about, I do think young people are more open to these advanced assisted reproductive methods. I suspect future generations will be even more open to them, but that depends crucially on whether the first efforts go well or go poorly. IVF was very controversial before it happened, but once Louise Brown was born healthy [in 1978], the controversy quickly subsided. If she had been born [with disabilities], we might not have IVF yet.

Following the He Jiankui affair, the World Health Organization started a global registry tracking research in human genome editing. When do you think the implications will be fully sorted out?

Several years at least. I think safety investigations, with human embryos in the lab and with non-human primates both in the lab and in female monkey’s uteruses, should take nearly a decade if done well - and if successful at all.

What direction do you think technology will take in the future?