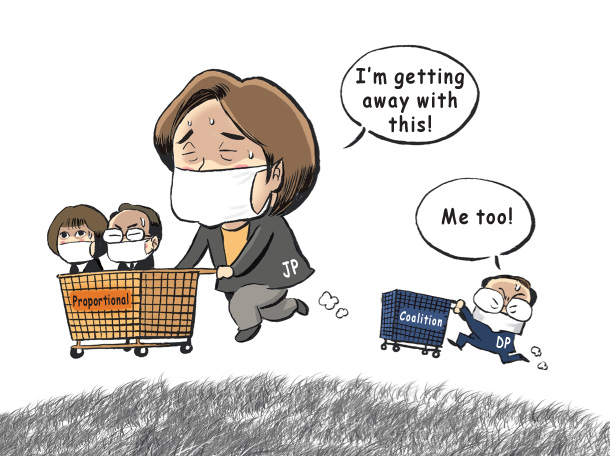 While the splinter opposition Justice Party is criticized for having recruited two controversial candidates for proportional representation seats in the National Assembly — a former professional online gamer suspected of lending her ID to another competitor and a lawyer with a record of drunk driving — ahead of the April 15 parliamentary elections, the ruling Democratic Party pushes for a plan to set up a coalition of parties in order not to hand over its majority status to the main opposition United Future Party. [PARK YONG-SEOK]