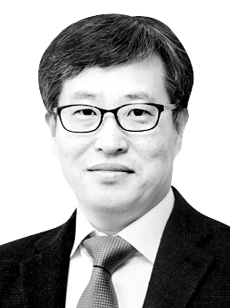 Witch trials, the hallmark of the medieval era’s darkest period, were most prevalent in Spain. More than 30,000 people were burned at the stake from when the Spanish Inquisition was established in 1478 until the tribunal was disbanded in 1834. Some studies indicate that between 300,000 and 2 million people suffered from other forms of torture during the same period.

Witch trials were fueled by a ruthless religious zeal, but what lied underneath was a very secular motive. The united Spanish kingdom of Aragon and Castile found a tool for achieving internal political stability through tracking down heretics. To solidify its royal authority against the Roman pontiff, the kingdom confiscated the wealth of prosecuted heretics.

After a cluster of infections of the new Covid-19 coronavirus was found at a call center in Seoul last week, the Seoul city government tried to find clues from a list of Shincheonji church followers in the capital. That could be a step needed to start an epidemiological investigation. But many suspected a political motive behind the move. Why? In a press conference, Seoul Mayor Park Won-soon said, “There are two Shincheonji worshippers at the call center, but they still tested negative, so we’re observing” the situation. The word “still” exuded an air of subtlety — as if city officials had anticipated the cluster to be connected to the religious sect. But “unfortunately” for the city government, all five Shincheonji adherents at the call center tested negative.

The Covid-19 outbreak in Korea is also trapped in political framing. The left blames the church for the fast spread of the infections while the right put the blame on China. Tracking down every single source of the infections has become meaningless now that the World Health Organization declared it a pandemic. Despite the incompatibility of the two sides’ arguments, the ruling power should be held more accountable for the deadly outbreak than the rest. The ruling Democratic Party (DP)’s Shincheonji bashing reminiscent of the witch trials will remain a subject of heated debates.

The religious sect’s secrecy and exclusiveness no doubt hampered government measures to prevent the spread of the virus. But even as public health officials stressed the need to not pressure Shincheonji followers because doing so may push them further into hiding, political bigwigs from the DP kept blaming the church for the outbreak to score political points.

Seoul Mayor Park called on prosecutors to press manslaughter charges against the sect’s leadership, while Gyeonggi Governor Lee Jae-myung stormed into the residence of the church’s leader in the middle of the night to snatch a full list of its followers in the province. (He even boasted of his “heroic feat” on social media.) Justice Minister Choo Mi-ae joined the chorus by pressuring prosecutors to investigate the church even though they highlighted the need to pay heed to the warning from health officials not to do so. Such actions are akin to the witch trials of the medieval times as they were propelled by a secular desire under the disguise of public benefit.

When politics get in the way of addressing a public danger, people tend to point fingers at a certain group or try to find scapegoats to blame. The Spanish witch trials lasted for such a long period because the victims were the socially weak: Moors, Jews and Protestants. Would supporters of the DP have attacked the church had it been a megachurch? Would a pro-Moon Jae-in podcaster have called the outbreak a “Daegu crisis” if the Daegu mayor were a DP member?

It could be better for the ruling party to focus on controlling the pandemic instead of wasting time on searching for scapegoats. That would be the least they could do to mitigate the public’s outrage over the shortage of face masks. American philosopher Martha Nussbaum underscored the need for paying attention to the politics of disgust, not disgust itself. The politics of hatred only helps deepen public hatred of politics.