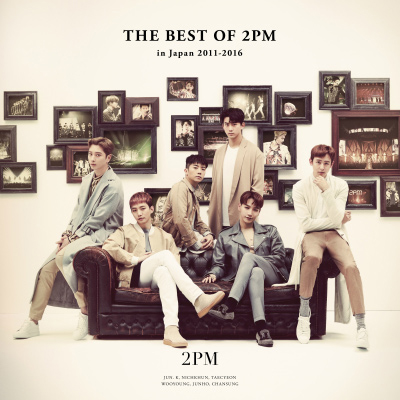 Idol group 2PM are enjoying an unexpected resurgence in popularity in Japan and Korea.

According to its agency JYP Entertainment on Friday, the group’s latest album “The Best of 2PM in Japan 2011-2016” topped the Oricon Albums Chart and Tower Records Daily Sales Chart on Thursday.

Although the album’s official release date was on Friday, the group was able to rank first as sales made through reservations were included in the tally.

The group debuted in Japan through a 10,000-seat showcase in 2011 held under the title of “2PM 1st Contact in Japan.” It steadily toured in Japan throughout the years, and members also held solo concerts from time to time. Before the members went to fulfill their mandatory military service duties, the group held two performances at the Tokyo Dome for fans in October 2016.

Meanwhile, the group is also enjoying popularity in Korea as well. A few weeks ago, several clips of the group’s live performance of “My House” went viral on social media. Since then, other videos and songs began to pop up across YouTube, Twitter and Facebook. On social media, fans have been urging the group to make a comeback once all the members are discharged from their military service.

Currently, Chansung and Junho are serving in the military. Taecyeon, Wooyoung and Jun. K have been discharged. Thai member Nichkhun has been pursuing a solo career while the other members complete their service.