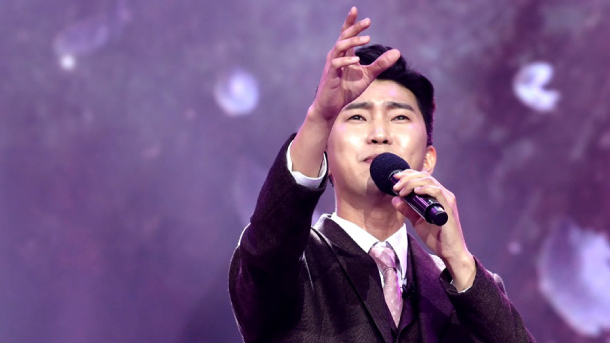 Lim Young-woong was named the winner of the hit trot competition show “Mr. Trot” during a special live broadcast that aired Saturday on TV Chosun.

After his named was announced, Lim broke into tears and said, “I thank the viewers who have been watching this show and thank the judges who would always offer sincere advice and evaluations. I also want to thank my mother and grandmother.”

“Thursday - when the program aired live for the final round - was the anniversary of my father’s death,” Lim continued. “I will think of this win as a present from my father, who I believe wanted to say that he was sorry that he left my mom and the rest of our family. I thank my father too.”

Lim received 1.4 million votes, accounting for 25 percent of the total votes received for the finale. Second place was taken by Young Tak and third place by Lee Chan-won.

M.C. Kim Sung-joo explained how the producers made a distinction between valid and invalid votes. If the votes misspelled the contestants’ names, used emoticons or punctuation marks or listed more than one name per vote, they weren’t counted. There were a total of 5.4 million valid votes.

The winner of the show was supposed to be announced on the program’s live finale that aired last Thursday night, but the server collecting the votes was overloaded. A total of 7.73 million votes were cast.

Lim and the other contestants will appear on a special episode on Thursday to recap their experiences on the show and are scheduled to participate in a nationwide concert tour which will kick off in Seoul on April 18.