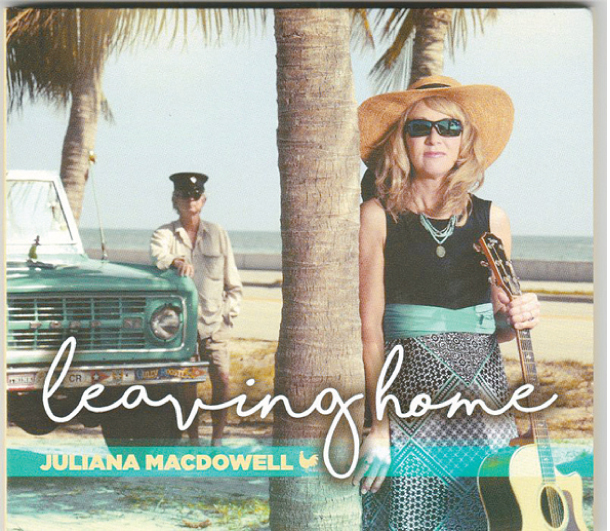 Juliana MacDowell recorded much of her new album in Key West, Florida, where she lives for part of the year, far from the music biz’s biggest stages.

“Leaving Home” makes her talent hard to miss, however. MacDowell’s second album is as sunny as the Keys and a melodious showcase for her fine singing and songwriting.

MacDowell’s brand of pop draws from folk, rock and country. While much of it is bouncy and upbeat, there’s a bluesy hue to her expressive alto that’s especially appealing, as is the contrast between her upper and lower register.

“Leaving Home” grabs the ear and invites a smile right out of the gate with the opener “I Like,” which - as elsewhere - benefits from Matt Backer’s inventive guitar work. Horns propel the title cut, a voyage of discovery that leads MacDowell to a happy ending. And the piano-and-strings ballad “Midnight Hour” offers a reminder that life isn’t all beautiful sunsets, even in Key West.

On the fiddle waltz “Two Kinds of People,” MacDowell sings, “I deserve to be heard.” She’s absolutely right.