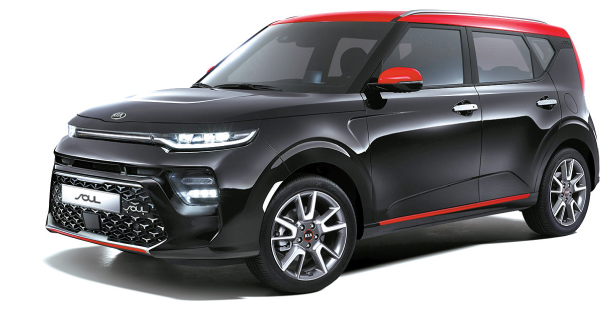 Hoping to duplicate its overseas success on its home turf, Kia Motors on Monday launched upgraded versions of its Soul boxcar to include the addition of high-tech convenience and safety features.

The compact SUV hasn’t sold well in Korea, but the automaker hopes this reboot will reverse the poor performance of its third-generation model, launched in January 2019. Kia is also rolling out an electric version of the boxcar.

For the two new models, the Soul will contain a number of digital safety features that have been mostly available in higher-priced models, the company said Monday.

Upgrades include lane-keeping assist, a forward collision avoidance system and driver warning systems. They also contain a remote smart key system, a feature that customers requested for the small-size SUV.

Kia said the price for the Soul EV could go down to between 29.93 million won and 35.64 million won, taking government subsidies into account.

Kia Motors said the Soul EV can travel up to 386 kilometers (240 miles) on a single charge. The electric model also has an air-purifying system and backseat safety alarm.

With the launch of the two new versions, Kia Motors is looking to strengthen its domestic sales figures for the compact SUV, which has been more popular overseas.

Local competition for the compact SUV segment has been fierce this year from release of a number of new models like the XM3 and the Chevrolet Trailblazer.