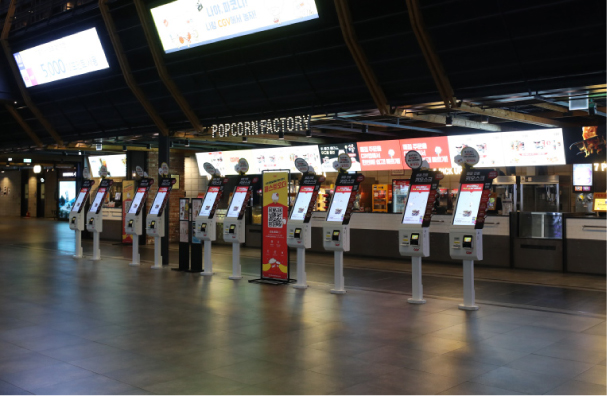 A movie theater in Seoul stands empty as people stay away from crowded places across the country due to the coronavirus outbreak. [YONHAP]

The local film industry on Wednesday called on the government to come up with emergency plans to rescue a sector battered by the novel coronavirus.

“The Korean film industry is sinking into the abyss of a dead-end crisis,” industry officials said in a joint statement. “Many firms in the industry have given up hope of overcoming and have been bidding farewell to their employees.”

The Korean film industry has been hit hard by the coronavirus pandemic.

While the country has reported more than 9,000 confirmed cases of COVID-19 since the first was confirmed on Jan. 20, the number of moviegoers nosedived 80 percent on year to less than 30,000 per day this week.

The total number of moviegoers in February hit a 15-year low of 7.37 million due to fears over the coronavirus.

About 50 homegrown and foreign-made films have put off their release plans in February and March, and ongoing projects are facing indefinite postponement of their schedules.

“A crisis in the film industry will bring about massive layoffs and undermine the competitiveness of Korean movies,” the statement said. “But the government has turned a blind eye to the film industry.”

It proposed the government enforce various financial bailout packages, map out emergency rescue measures and include the film industry in the state-led special sector for employment support.

Earlier, the Korean government designated four industrial sectors including tourism and hotel accommodations as special fields to help them maintain the employment of their current workers in the midst of a financial crunch stemming from the coronavirus pandemic.

Meanwhile, the Korea Film Directors’ Society released a separate statement to call for direct compensation by the government.

“The government has to immediately pay out public funds to those who lost their jobs in the film industry,” the group said, citing a fund worth 101.5 billion won ($82.5 million) raised for the development of the sector.

Local theater chains, including the largest multiplex franchise, CGV, have reduced their maximum seating capacity by 50 percent and sell seats with adequate space between to join the nationwide “social distancing” campaign.

Meanwhile, the Korean Film Council has set up a task force to support the film industry struggling with the fallout of the coronavirus pandemic.

The team will assist movie theaters with disinfection and investigate the financial standing of troubled film studios or marketing firms, it said.