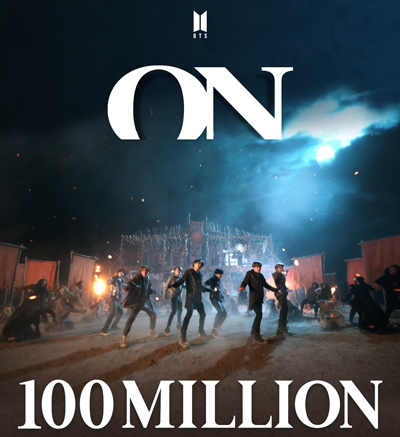 The music video for “On,” the second clip from BTS’s latest album “Map of the Soul: 7,” now has more than 100 million views, becoming the K-pop supernova’s 23rd music video to do so.

It was also announced on Thursday that the group will be taking part in “Homefest,” a special concert series hosted by “The Late Late Show with James Corden” on CBS next Monday night. The concert is part of the show’s effort to find creative ways to entertain American viewers while respecting the social distancing regulations in place due to the ongoing pandemic.