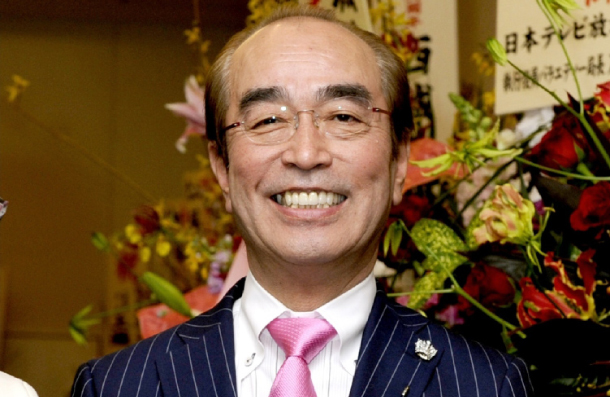 Shimura’s agency, Izawa Office, confirmed the comedian’s death on Monday, sharing that he had died at 11:10 p.m. on Sunday.

According to the agency, Shimura began feeling extremely fatigued on March 17, developed a fever and had difficulty breathing by March 19 and was hospitalized the following day. He was diagnosed with a severe case of pneumonia, but on March 23, he tested positive for Covid-19. He had been hospitalized until his death.

The agency said that Shimura’s family intended to hold a small, family-oriented funeral and that all gifts would be respectfully sent back.

Local broadcasters in Japan responded by interrupting their scheduled programming to announce the breaking news of his death on Monday, and several comedians who had known Shimura broke down in tears when the news aired during their programs.

Shimura rose to fame through a comedy program called “Hachiji Dayo! Zen’inshugo! (It’s Eight O’Clock! Gather Around)” when he joined the famous comedy group The Drifters in the 1970s.

“Shimura was known for his wild facial expressions and said in a memoir that he drew inspiration from American comedian Jerry Lewis,” Kyodo News reported Monday. “Critics say the Japanese comedian captured the hearts of all generations with his penchant for funny faces and ability to deliver jokes as if they were unscripted.”

According to the Johns Hopkins Coronavirus Resource Center, 1,866 people in Japan are infected with coronavirus as of Monday, with 54 deaths and 424 recoveries.