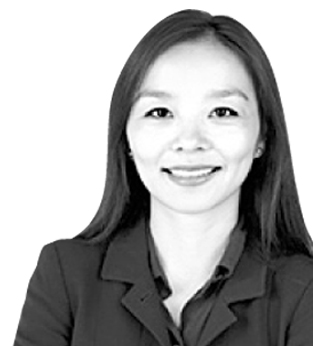 Lily Fang
The author is a professor of finance at Insead and the holder of the AXA chair in financial market risk.

The novel coronavirus is an unprecedented challenge for the world’s health care system. Without a careful rethinking, our response — which has been blanket shutdowns in almost all of continental Europe and increasingly much of America — will create an unprecedented economic crisis. We may create a second Great Depression.

All over Europe, and all major cities in the United States, there is a near total loss of commerce and economic life. Healthy people as well as the more vulnerable are forced to stay home, indiscriminately. If this goes on for more than another two to three weeks, businesses will shut down, people will be laid off and we will have created an economic crisis. Financial markets, seeing this coming, are already in free fall and credit market faltering. Suddenly, we went from “recession proof” (a prediction touted for the United States as late as February) to “global recession.” We will by then have the trifecta of crises: the health crisis, an economic crisis, and as a reflection of that, a financial crisis. Unlike the global financial crisis of 2008 which originated from the financial market and dragged the economy down, this crisis will originate from the real economy.

Signs of this scenario are already emerging and spreading as fast as the virus: Unemployment has increased sharply in the United States in the past 10 days. Major global airlines are announcing cuts of over 95 percent (Lufthansa and Cathay Pacific to start). Car manufacturing has come to a halt.

There appears to be no end in sight in the shutdowns. Governments are issuing shutdown orders “until further notice,” or that a scheduled shutdown will be extended. Today the British Prime Minister Boris Johnson said that we can contain the virus within 12 weeks. That is an entire quarter of a year!

The most frightening part, however, is this: Viral infections come in waves. Countries like China and Singapore are already experiencing a second wave. A bit of history will be sobering. During the 1918 Spanish flu pandemic, there were three waves of the virus in short succession; the later waves were far more lethal than the first. The second and the third wave accounted for much of the 50 million death toll worldwide.

So after a lengthy shut down, our population will still have no immunity. Absent a vaccine and an effective treatment, we have no defense when the virus hits a second time — perhaps this coming winter. Will we have a second and a third global shut down?

Therefore, leaders worldwide must rethink our coronavirus strategy. Lengthy shutdowns will lead us to an abyss that no one has experienced and so no one can fathom. The shut down seems to have worked in China but the West simply cannot copy China’s method. In China, the government’s command and control can mobilize resources and requisition assets like no western government can. The economic losses are born by the state. In the West, it will be borne by entrepreneurs, businesses and families.

But we must note that even in China’s case, the government made sure that the shutdown for the rest of the country outside Hubei Province was only three weeks. The shutdown started on Jan. 24, the eve of Chinese New Year, and workers were requested to start reporting back to work on Feb. 10. By then, however, the rational choices of individuals and private companies ensured that people practiced social distancing and business practices were adapted to move as much work as possible online.

The U.S. and European governments are ready to spend trillions of dollars to backstop the crisis. But with a prolong shutdown, these sums are simply insufficient. Prolonged shutdowns that obliterate 80 percent of economies simply do not have a price tag. It is existential.
A blunt shutdown of three to four weeks is necessary to “flatten the curve” as early opportunities of containment through testing and tracing have been lost. But beyond the three to four weeks of shutdown, leaders worldwide must take a different approach. This approach should involve the following.

First and foremost, bolster the defense of the most vulnerable population — nursing homes.

Second, vastly increase testing capacities. The experience of Korea, which brought the virus under control without the China-style shutdowns, and of the tiny Italian village of Vo — which blanket tested its 3,600 residents, found a 3 percent infection rate, but through tracing and isolation, achieved a zero infection rate in three weeks — proves that testing and tracing is key. It allows us to learn where the enemy is and focus our resources on those at risk.

Third, encourage normal economic activities to resume. In other words, end, and do not extend, the hard shutdowns.

But to control the spread of the virus, mandate that people who are sick and those with pre-existing conditions and at high risk of severe infection do not come to work. Governments should backstop their lost incomes.

In essence, after a blunt shutdown, allow the wisdom of crowds to take place. Have faith that the rational choice by individual workers and employers will lead to the right outcome. The shutdowns will have educated people to the risks of the virus, and collectively they will make the right decisions. This is the foundation of democratic systems. Extensive testing should identify and isolate additional infections quickly. In the absence of a vaccine and an effective therapy, allowing the young and healthy population to be exposed to the virus in a controlled fashion is vital for our future defense against additional waves.

Finally, use this opportunity to ramp up investment in infrastructures — in both physical capital and intellectual capital — to lay the foundation for economic revival. In an op-ed, Michael Bloomberg pointed out 47,000 bridges and 2,000 dams in America require critical repairs. Invest in the health care facilities, pharmaceutical and biotech research and manufacturing capabilities to bolster our defense against future vial attacks.

U.S. President Donald Trump likes to say that “we will roar back like never before.” But if we cut too much healthy tissue and muscle of the economic body, we will not be able to roar back.