Baek was chosen from a total of 240 writers from 67 different countries. Her victory marks the first time for a Korean national to be honored with the award, which was established in 2002 by the Swedish government. 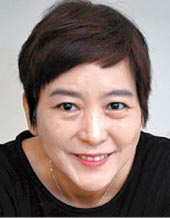 “With exquisite feeling for materials, looks and gestures, Baek Heena’s filmic picture books stage stories about solitude and solidarity,” the judging committee said in a release. The award ceremony itself, which was scheduled for June 1, was postponed due to the coronavirus pandemic.

“In her evocative miniature worlds, cloud bread and sorbet moons, animals, bath fairies and people converge. Her work is a doorway to the marvelous: sensuous, dizzying and sharp.”

Along with the honor, Baek also scooped up prize money of 5 million Swedish kronor, which is about $500,000.

Cloud Bread, released in 2004, is one of the 13 illustrated books she has released. It’s the story of two cats, who are brother and sister, that eat bread baked by their mom, which has some pieces of cloud in it. The story was made into a TV show and a musical thanks to the popularity of its characters. Baek also won the Illustrator of the Year Award for “Cloud Bread” at the Bologna Children’s Book Fair in 2005.

Unfortunately, the book has also caused some trouble for Baek. She recently lost two legal battles regarding the rights of “Cloud Bread” after filing a suit against the publishers and other related institutes.

She had signed over all the rights of the book when she was a novice writer and despite its success Baek has only made about 20 million won in profit.