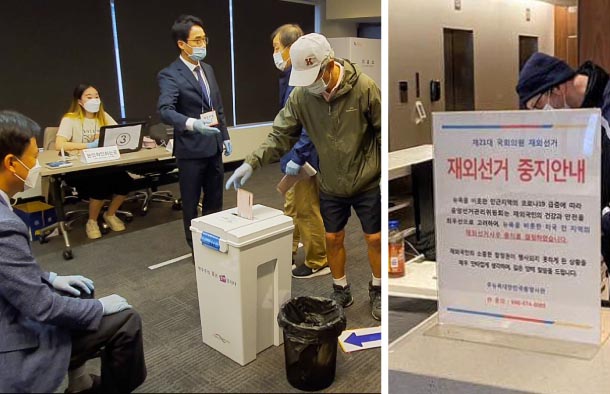 Left: A Korean man, who lives in Australia, casts his vote in a ballot box set up in the consulate general in Sydney on Wednesday as the absentee balloting for overseas Koreans kicked off at diplomatic missions in some countries.

Right: A notice that reads “Absentee balloting suspended” is displayed at the entrance of the consulate general in Manhattan, New York. [YONHAP]