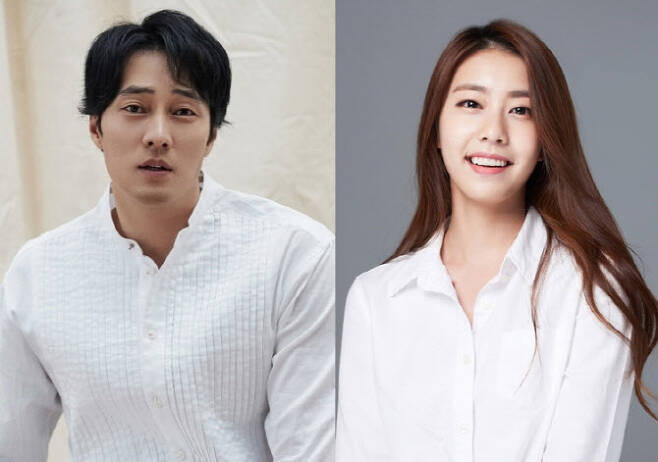 So made a short announcement notifying the public that he and Jo are legally married on the agency’s official Instagram account.

“All of you may be startled by the sudden news of our marriage, but we’ve made the decision after long deliberation, as it is one of the most important decisions to make in life,” So said. “It is with a heavy heart that we announce our news while everyone is going through a difficult time, but we will always live humbly, and I hope to meet the public soon [as an actor].”

The couple registered their marriage and held a small ceremony with only close family members yesterday, according to the agency.

“As we’re all going through a difficult period, the couple decided to donate 50 million won [$40,900] to Good Neighbors and support the provision of tablet PCs and other smart devices to underprivileged children [instead of holding a big ceremony],” the agency said.

The couple met in 2018 when Jo was a reporter for the SBS entertainment program “E-news Exclusive” and the actor appeared as a guest to promote his film “Be With You.” The news of them dating broke last May, but the couple denied that they were considering getting married at that time.

News of the relationship drew wide attention. It was the first time the actor revealed his relationship status in public during his 24 years as a celebrity, and the couple’s age gap of 17 years also received attention.