‘The King of Ballads’ makes his return: On ‘My Personas,’ Shin Seung-hun sticks to what he knows best

‘The King of Ballads’ makes his return: On ‘My Personas,’ Shin Seung-hun sticks to what he knows best 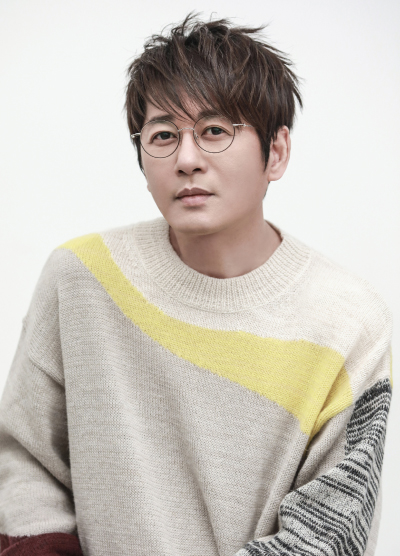 What do they have in common?

“They all make me feel like an old, old man,” singer-songwriter Shin Seung-hun said in a press conference he hosted online just days before the release of his new album, “My Personas,” which marks his 30 years as a singer.

Naming the singers and bands, Shin said he has seen how the music scene in Korea evolved over the years, but he remains the same person he was when he debuted in 1990.

“I stuck to music that I know best for the new release,” he said. “If director Bong Joon-ho’s persona is actor Song Kang-ho, mine is made of the eight songs that are on this album.”

Shin released “My Personas” on Wednesday, and it was his first physical album since 2015. Because it is also commemorating his 30th anniversary as a singer, his agency Dorothy Company has specially made 1,000 vinyl versions of the album, all of which have already been sold out online.

As promised, the new album is made up of songs that are characteristic of Shin. The two title songs, “Like the First Goodbye” and “Memories of You,” are love songs sung from the perspective of a man and a woman who just broke up.

Sentimental ballads, after all, are what Shin rose to fame with when his first album, “Reflection of You in Your Smile” sold more than 1.4 million copies in 1991. The record made Shin the first singer in Korea to ever sell more than a million copies of an album.

His albums almost never failed to win an award at the Golden Disc Awards from 1991 to 2006, making Shin one of the most awarded singers at the award event.

As most of his hits were love songs, it wasn’t long before Shin was being called “The King of Ballads” in Korea.

“It’s just that after you break up, the saddest part is when you remember the good moments you had with the person,” Shin said during the online press meeting. “I’ve tried other genres like mambo, disco and British rock, but somehow, after all of that, people still remember me most by my ballads. And I’m happy with that, because they are who I am.”

Shin has regularly incorporated different genres into his music. For his fifth album, “To Heaven,” released in 1996, Shin experimented with modern rock, R&B and mambo, and by his seventh album in 2000, Shin incorporated soul and funk into his music, working with a chorus that had been featured on songs by Michael Jackson and Phil Collins.

On his latest album, one song stands out for being particularly jazzy.

“‘In November’ is a song I wrote that was inspired by the movie, ‘La La Land’ [2016],” Shin said. “It was written in just 30 minutes one morning when the melody hit me from out of nowhere. The song compartmentalizes my life into seasons.”

Looking back, Shin said, there is not a song among the 300 or so that he has written, composed and sung that does not tell a part of who he is, who he has tried to be and the people who were instrumental in his life.

“Lullaby,” the last song on the new album, was a hit when Shin performed it with rapper BewhY in 2018 on the Mnet program “The Call.” The song, which Shin wrote with BewhY, captures the feelings that sons and daughters have toward their mothers when they realized that they can never quite undo their sacrifices. The song has been modified as an orchestral version for the album.

Shin also included two songs by other artists on the album because he wanted his fans to know more about them.

“I stumbled upon the song, ‘Walking in the Rain’ by Won Woo [MoRia] when I heard it on the radio in 2007,” Shin said. “I knew from then that I wanted to introduce the song to more people. It’s been modified, with the singer’s consent. There are so many gems out there in terms of songs and artists.”

Thirty years is no short span of time to be doing the same job. But Shin knew his career was going to be this long when he started. And it’s far from over, he said.

”When I hit 10 years, reporters asked me if I thought I had come far enough,” Shin said. “I said, no, there is still so much I can do. Then came the 20th anniversary. They asked the same question, and my answer was the same. So how do I feel about it now? Well, I’d say it feels like I have finally reached the halfway point.”

Shin’s concerts have been suspended due to the coronavirus outbreak. The earliest one is scheduled for June in Suwon, Gyeonggi.

“The songs on the new album were composed for concerts,” Shin said. “They will be at their best when they are sung by people standing side-by-side with each other.”