The National Police Agency said Thursday it would parade him in front of the media - which is only done in rare cases of heinous crimes - after it disclosed his name, Kang Hoon. 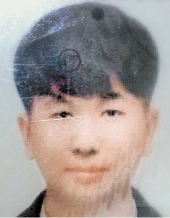 Kang is accused of helping prime suspect Cho Ju-bin, 24, operate a series of chat rooms on the Telegram instant messaging app to share sexual photographs and videos obtained from blackmailed victims. He is expected to be charged today.

Kang, better known by his internet alias “Butta,” was an “active participant” in rounding up chat room members, police said. The decision to disclose his identity and present him to the press was reached by a panel of police officers, legal experts and doctors on the basis of the Act on Special Cases Concerning the Punishment of Sexual Crimes.

According to Article 25 of the act, police can disclose the identity of a suspect involved in a sexual crime if they have “sufficient grounds” to believe it is in the public interest.

The same law was applied to Cho, whose name and other personal details were released by police on March 24 following a committee decision. He was presented to the press the next day.

The duo, along with a handful of other alleged co-conspirators, operated a kind of cartel to run the Telegram chat rooms, prosecutors said. Over a hundred victims are believed to have been exploited into providing sexually explicit photographs and videos of themselves, which were then sold to paying members on Telegram. So far 25 victims - including eight minors - have been identified. Some of the victims were not even in their teens.

Kang, who has been in pretrial detention since April 9, is accused of having primary responsibility for managing the profits from the chat rooms, mostly collected in the form of cryptocurrencies.

Born in May 2001, Kang was a high school student throughout the time the chat rooms were active since last May, and according to the law in Korea - which defines a person under the age of 19 as a minor - he remains underage.

While police said this fact was considered by the committee, panel members eventually concluded the seriousness of his alleged crimes warranted full disclosure of his identity.

This was the first time in Korea that the identity of an underage suspect was made public, testifying to the public outrage that arose after the Telegram chat room ring was exposed last month.

Kang will have to stand before the media with his face uncovered on Friday morning as police transfer him to prosecutorial custody.

Another of Cho’s alleged co-conspirators, a suspect surnamed Lee known by the alias “Igiya,” is also in custody. As a serving soldier, Lee was arrested earlier this month by military police and is being investigated by Army prosecutors. The military, which has separate jurisdiction from civilian law enforcement, said it does not yet have plans to disclose Lee’s identity.