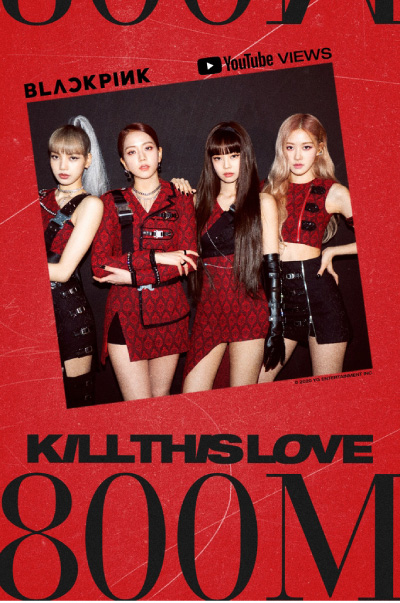 The music video for girl group Blackpink’s 2019 hit “Kill This Love” reached 800 million views Monday, making it the first Korean group with three music videos that have reached that threshold.

The group’s agency YG Entertainment announced the news Monday that the video reached 800 million views on YouTube as of 3:40 a.m.

”Kill This Love” was released in April last year and soon reached the Billboard Hot 100 and Billboard 200 charts, achieving new heights for a girl group from Korea.

It was also the only K-pop song to make the top-10 most-watched YouTube videos in 2019.