First deliveries of Tiguan Allspace SUV start in May

First deliveries of Tiguan Allspace SUV start in May 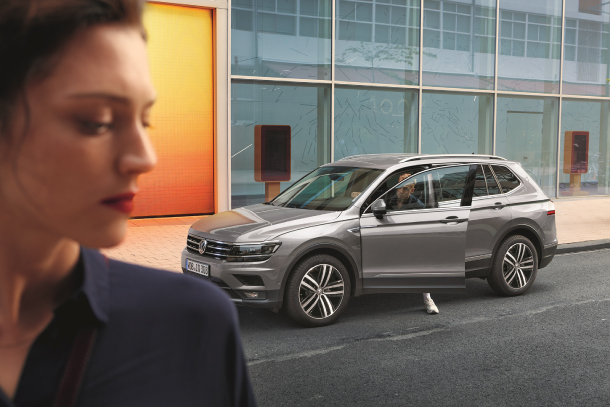 Volkswagen introduced the Tiguan Allspace SUV in Korea as it continues working to regain trust in the market after its sales took a downturn following the 2016 emissions scandal.

The Korean unit of the German automaker announced Thursday that the Tiguan Allspace is the first seven-seater model to be introduced here. The latest release is an upgrade of the second-generation Tiguan and is focused on providing greater interior space for passengers.

The exterior design is mostly the same as the original Tiguan. It has a radiator grille at the center connecting LED headlamps at the front with horizontal stripes and a Volkswagen logo.

Volkswagen Korea said the Tiguan Allspace provides greater legroom and more space for passengers in the back. The trunk space at 700 liters can be expanded to 1,775 liters if the second and third row seats are folded down.

Volkswagen Korea is offering just one vehicle option for the new front-wheel drive Tiguan Allspace to the local market. The Prestige trim is equipped with a 2.0-liter, four-cylinder diesel engine and a seven-speed automatic transmission to be rated at 150 horsepower and 34.7 kilogram-meters (251 pound-feet) in torque.

The car is also equipped with adaptive cruise control, a lane-keeping assist and a number of collision avoidance alarms and assist systems for all sides.

Volkswagen Korea added that it plans to start customer deliveries for the new Tiguan Allspace in May with a price tag of 48.27 million won ($39,000).

The latest from Volkswagen follows the automaker’s strategy to introduce five SUVs to the Korean market as it recovers from the 2016 diesel emissions cheating scandal.

During a press event in September last year, the company said it will try to tap into rising demand for SUVs in Korea by reintroducing the Tiguan and Touareg SUVs while launching the T-Roc compact, midsize Teramont and Tiguan Allspace SUVs in 2020.