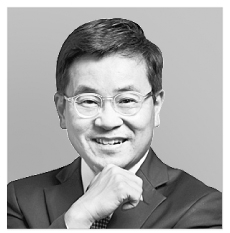 In the 1980s, Bundesliga’s Frankfurt was a club of dreams. Cha Bum-kun, also known as the “brown bomber,” was playing with the club. In June 1980, Frankfurt had a friendly match with Korea’s Hwarang team at Dongdaemun Stadium, Seoul. I don’t remember the game result well. All I remember is the Bundesliga players in red uniforms navigating around the green field and displaying ball handling and shooting skills that looked like magic tricks.

But one memory is clear. After the match, a player from Frankfurt approached a boy who was waving from the end of the stand and handed over a photo card with his autograph. He was Willi Neuberger. He was not a superstar but was a great defender leading Frankfurt midfielders. The boy fell in love with the charm of soccer and was moved by the emotions of the game.

The encounter was less than one second, but it changed the life path of the boy. All it took was an autograph from Neuberger. The boy grew up to be a reporter covering sports. When I met Cha Bum-kun and mentioned the story last year, he showed a sweet smile and recalled the game.
“Neuberger was quite a player. I vividly remember the game I played with him in the Seoul stadium. When I saw photos later, I realized how thick my thighs were when I was young.”

Time flew as we talked about soccer. But what I wanted to tell him was that the moment that I met Cha and Neuberger in the field changed the life path of one person.

I have to talk about the memories of boxer Hong Soo-hwan as well. At the Seonin Gymnasium in Incheon in 1976, Hong had a world championship match against Alfonso Zamora of Mexico. After a bloody fight, Hong was knocked down. The Mexican judge quickly declared K.O. for Hong, and the audience fiercely protested that the decision favored Zamora. A boy who visited the stadium was one of them. I felt sorry for Hong’s defeat, but the atmosphere is still vivid. I can never forget Hong’s light footwork and glorious techniques.

When Park No-jun was playing for Seonlin High School, high school baseball was in its golden days. Dongdaemun baseball field was filled with spectators eager to watch high school baseball. Then in 1982, the professional baseball league was launched. I skipped after-school classes and ran to Jamsil Stadium many times. I dropped my backpack out of the library window on the third floor and dodged the proctor to dash to watch baseball. The lunchbox in the backpack cracked and food spilled, but I didn’t mind it as long as the Seoul team won. I would be called by teachers and punished the next day, but I was happy.

This year is a dark time for sports. The Covid-19 outbreak stopped all sports around the world. In Korea, four major sports — soccer, baseball, basketball and volleyball — have been suspended or canceled. The Tokyo Olympic Games have also been postponed from the July opening date.

After twists and turns, Korea’s professional baseball league has begun on May 5. While games are held without audiences in order to prevent Covid-19 from spreading, it is great news for sports fans who were frustrated about missing live sporting events. The last few months without sports were total darkness. Many sports fans pleaded that they want to watch live matches instead of reruns of old games.

This is the value of sports. While all live events were suspended because of Covid-19, we thought about the meaning and value of sports and fair competition. There is no left or right in sports. The values of sports are fairness, justice, cooperation and harmony. We learn from sports how considerate winners can be and how losers accept the outcome.

With efforts of many people involved, sports have returned. I’ve never waited for the opening of the sports season like this year. We’ve waged a bloody war against coronavirus. Let’s return to the peaceful routine and say “play ball!”