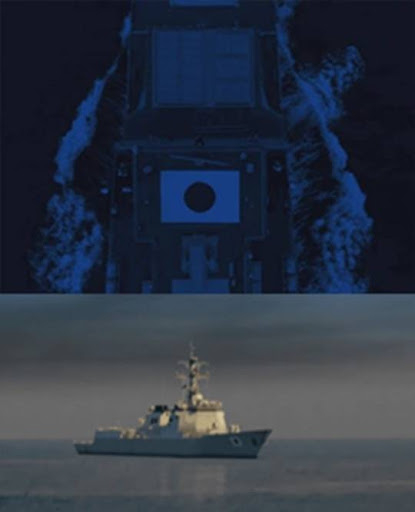 A controversial scene from "The King: Eternal Monarch" which caused viewers to raise questions about whether the vessel shown to be Japanese was actually Korean. [JOONGANG PHOTO]

The highly-anticipated SBS drama “The King: Eternal Monarch” has been getting the wrong kind of attention recently after it mentioned that Korean objects had Japanese heritage. With the drama not attracting high ratings despite actor Lee Min-ho of “Boys Over Flowers” (2009) playing the lead and being written by star script writer Kim Eun-sook of hit “Mr. Sunshine” (2018) and “Guardian: The Lonely and Great God," (2016-17) the controversies around the show are pushing audiences away, and the show's producers had to apologize for negligence and not double-checking all the details.

In one scene, military forces from the Korean Empire and Japan get into a maritime battle, and many viewers pointed out that the vessel depicted as Japanese looked very similar to a well-known Korean ship from the era in the episode aired two weeks ago. Last week, the show's producer posted an apology for creating controversy on the show's official website.

“One thing I can confirm is that there was not any intention at all to make Korean warships to look like Japanese ones or put the Japanese flag on the Korean ships,” said the producer Baek Sang-hun.

“Because we aren’t experts, we didn’t recognize detailed characteristics of each country’s warships that may look very similar to one another to the naked eyes.”

He also added the team made a mistake of not checking all the details. In the scene where the Korean navy attacks the Japanese, some say that it would be difficult to get all the details of the design of a Japanese warship correctly. But, the size and the shape of the vessels seem too similar to what’s commonly seen as Korean, and the audience started to wonder if they just added a Japanese flag over an image of ships the team could easily get.

“To prevent any kind of possible errors coming up, we should have asked for help from experts, but we neglected to do so,” he continued. “I’m sorry that the audience has felt uncomfortable, and from now on, I promise to check all the details, as a Korean who knows his country’s history well.”

It wasn’t the first time that the show's audience pointed out awkward images on screen. Many say that the story is too unreal even if the show is a fantasy. The first episode had a 10.1 percent viewership rating according to Nielsen Korea, but the show's ratings have since dropped to around 7 percent. 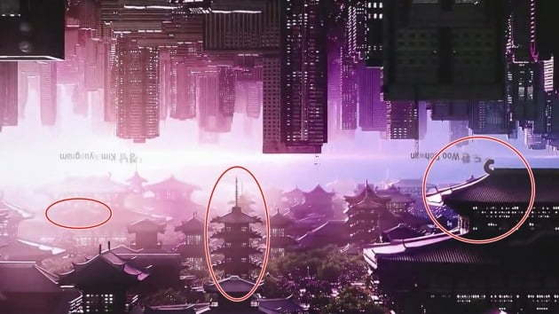 Wooden buildings used in the drama "The King" are said to have characteristics of structures from Japan. [JOONGANG PHOTO]

In the show's first episode, the team showed a scene of fictional wooden buildings. Some raised the point that some of the structures seem to have characteristics often found in Japanese wooden buildings. Producers said it would correct the design immediately, and update the episode uploaded online for streaming. Since the show airs on Netflix as well, many say a lack of attention to the historical details may hurt the image of the country over all. 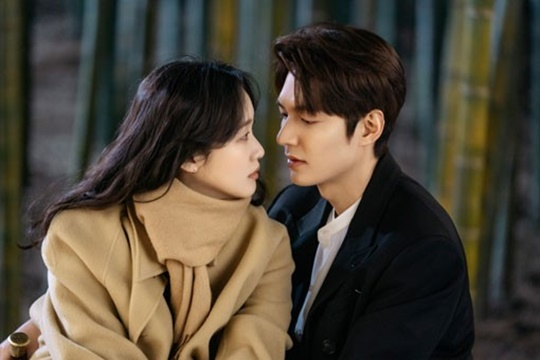 Some also pointed out that the golden crown the lead actor Lee Min-ho wears doesn’t seem that majestic, and does not resemble the crowns discovered from the era. The scenes that would have passed with just a hiccup are considered part of the problem more and more.

Some speculate that the reason for the errors here and there is the absence of a main director. The work of filming and editing has been tasked to different teams, yet the collaboration has not been smooth without anyone at the top giving direction.

The drama had its first reading of a script in September and went into filming right away. It’s been eight months since it started filming, yet still there is no script for the final episode. Many speculate that the team will continue filming until the week the final episode airs.