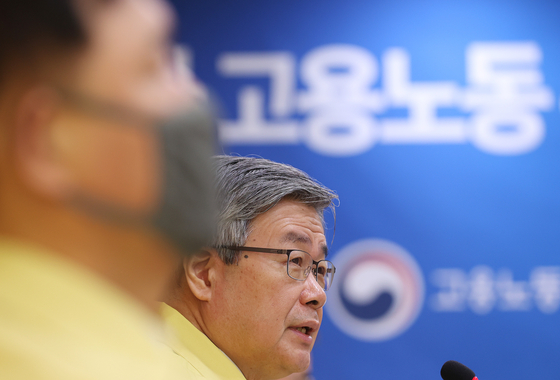 Recipients claimed 993.3 billion won in unemployment benefits, according to a report released by the Ministry of Employment and Labor on Monday, a 35.4 percent increase from April 2019.

The report comes as thousands of Koreans find themselves furloughed or laid off from their jobs, while the impact of the coronavirus pandemic continues to ripple through the local and global economies. Unemployment benefits payments have broken records each month since February, when Korea began experiencing a spike in confirmed cases of the novel coronavirus.

And those figures are likely to continue increasing, as the government moves toward universal employment insurance. Previously, contractors and other non-regular workers were not covered under the program. 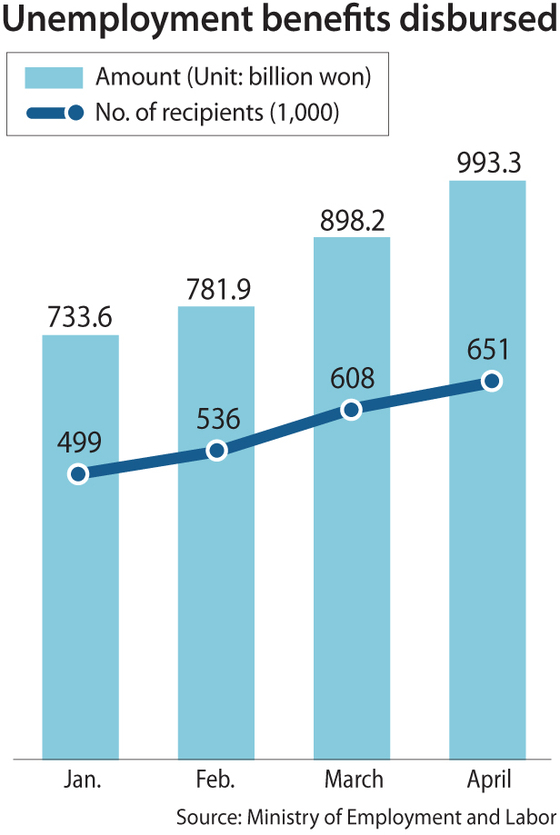 In February, 781.9 billion won worth of unemployment benefits were paid out, rising to 898.2 billion won in March.

The number of recipients of unemployment benefits also reached an all-time record of 651,000 people in April, a 14.2 percent increase on year.


New applicants, meanwhile, soared to 129,000, according to the ministry report.

The report noted that the most significant increases in unemployment benefits recipients have been young people and those 50 years of age or older.

In the wholesale and retail industry, 163,000 workers received benefits. New applicants rose by 37 percent on year.

In a Facebook posting on Monday, Vice Finance Minister Kim Yong-beom cited the unprecedented number of jobs that have been lost in the United States, where the unemployment rate surged to the highest level seen since the Great Depression, reaching 14.7 percent.

“It shows how scary and unusual the employment shock caused by the coronavirus crisis is,” Kim wrote. “The claim by the [IMF] that this crisis is unlike any other crisis is understandable.”

Employment Minister Lee Jae-kap said starting next year, people working under contracts such as door-to-door salespeople, private home tutors and artists will be eligible to subscribe to employment insurance.

The minister also added that the government will also roll out a public employment support program, aimed at helping young people and those in the lower income bracket who have been out of work for an extensive period.

The measure will provide payments of 500,000 won per month for a maximum of six months until they secure employment. It will also provide customized services including job consultations.