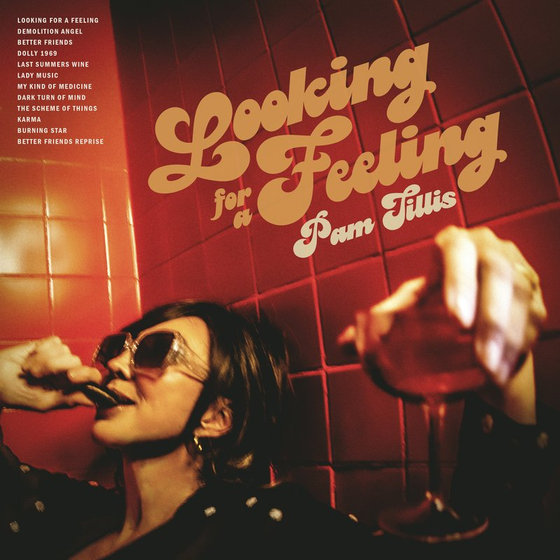 
Pam Tillis has mastered the art of singing without raising her voice. She swoops and slides, yes, but most of all she smolders, an alto with a blue hue.

More than 35 years into her recording career, Tillis has never sounded better than on “Looking for a Feeling.” By turns she’s sassy and seductive, pulling back to a near whisper so the listener will lean in. She applies twang and melisma but never over-sings.

Her wonderful performance is built on excellent material, including six songs Tillis co-wrote. She sings about turning over stones (the title cut), honoring the past (“Dolly 1969”) and the virtues of faith, dogs and old movies (“My Kind of Medicine”). Tillis strikes a timely note in closing with a look at the big picture on “Burning Star,” and asks, “Is the sky really falling?”

Given that the album was drawn from sessions at three studios, each with a different producer, the set is remarkably cohesive.

Elsewhere the arrangements are smartly uncluttered — rootsy and retro, but also timeless, leaving the focus on the songs and their singer.