Pressures are growing Tuesday on a civic group dedicated to supporting victims of Japan’s sexual slavery during World War II to lay bare its budget and spending records after a survivor raised questions about its financial transparency and integrity. 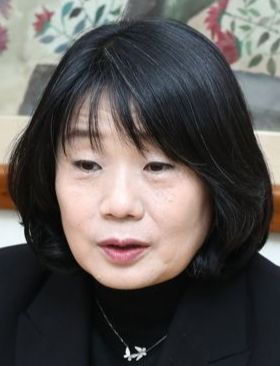 The National Tax Service (NTS) will soon order the Korean Council for Justice and Remembrance for the Issues of Military Sexual Slavery by Japan to correct its accounting errors and make a new report public, tax officials told the JoongAng Ilbo on Tuesday.

According to the sources, the NTS recently reviewed the financial statements of the nonprofit organization, following allegations that it had misappropriated funds. While no intentional manipulations or suspected tax evasion were discovered, the NTS concluded that the Korean Council had made numerous errors in its accounting records and corrections are necessary.

If the Korean Council refuses to follow the order, it must pay punitive tax worth 0.5 percent of its total assets.

The controversy surrounding the Korean Council started when Lee Yong-soo, a 91-year-old survivor, made a shocking revelation last week that the nonprofit organization had raised large amounts of money through donations from the public for decades but spent little of it on actually supporting the former so-called comfort women.

The civic group, established in 1990, has been a leading advocate of the survivors. An official government survey found 234 victims were surviving in 1991, but only 18 remain now.

The Korean Council held a press conference on Monday to refute Lee's claims. It said 41 percent of the public donations worth 2.22 billion won ($1.81 million) raised over three years since 2017 was spent on support for the victims. The rest was spent on other projects including weekly demonstrations and scholarships for the children of activists, it said.

The Korean Council also said its financial statements were made public on the website of the NTS.

The records, however, included some dubious details, fueling suspicions about its transparency.

According to the records, the Korean Council spent 863 million won, or 68 percent of the 1.267 billion won of public donations, on support for the victims in 2017. Financial assistance for the survivors, however, plummeted in the following years.

The exception in 2017 arose because the Korean Council raised funds and paid 100 million won each to eight survivors, who refused to accept restitution from Japan.

Following the Dec. 28, 2015, agreement between Seoul and Tokyo, the Korean government launched the Reconciliation and Healing Foundation with 1 billion yen [$9.33 million] of restitution paid by the Japanese government in 2016. While liberal politicians and civic groups, including the Korean Council, were critical of the deal, many of the survivors received money — 34 among 46 survivors at the time.

Other details in its spending records were also dubious. According to the 2017 record, the Korean Council said it spent funds on an international alliance project, fundraising activities, PR projects and general management. It said the numbers of beneficiaries of each of the four projects was 999 people.

The Korean Council said it had operational difficulty in filing proper financial statements due to the shortage of staffers and promised to correct the suspicious records. It, however, refused to offer all the details about the spending.

“I don’t know if there is any nongovernmental group in the world that actually lays bare the details of its activities and if there is a need for us to do so,” Korean Council Secretary General Han Kyung-hee said during Monday’s press conference. “I don’t know why we are facing demands that are not even made to business enterprises. I think this is too harsh.”

Records also showed that the Korean Council said it spent over 33 million won of donations at a pub in Seoul in 2018. The amount is about 10 percent of the civic group’s spending of public donations for that year.

According to the records, the money was spent for a fundraising project, and 999 people were recorded as beneficiaries.

Experts expressed concerns about the financial transparency of the Korean Council. “Supporting the survivors should have been the main project of the Korean Council,” said Accounting Professor Lee Man-woo of Korea University’s Business School. “But their ledgers are so ambiguous. If there is an oversight, it must be pointed out.”

Stronger oversights are required for a nonprofit corporation because it can easily be abused as a means of tax evasion without shareholders’ monitoring, experts added.

“Accounting transparency of a nonprofit corporation must be reinforced,” said Accounting Professor Yi Han-sang of Korea University’s Business School. “[The Korean Council’s] financial statements were so poorly written that they don't even add up. We must make sure they are corrected.”

As the controversy surrounding the Korean Council expands, its leaders continued to defend its integrity. “The Korean Council is not a relief organization,” Lee Na-young, head of the Korean Council, said during a radio interview Tuesday. “We engage in various activities such as lobbying against the government, campaigns in the international community and education. We are a movement to resolve the comfort women issues.”

“I can say with 100 percent certainty that there was no misappropriation,” she said.

Secretary General Han also said organizing a weekly protest on Wednesdays in front of the Japanese Embassy is an expensive project. “It requires about 100 million won a year,” she said. “The Korean Council is not a humanitarian relief agency.”

The ruling Democratic Party (DP) also defended the Korean Council’s campaign and its activists’ integrity, as one of its founding members was elected a lawmaker last month for its satellite party.

In contrast, the opposition parties, including the United Future Party (UFP), pressured the Korean Council to lay bare the details of its spending, if it has nothing to hide.

A conservative civic group also filed a criminal complaint to the Supreme Public Prosecutors’ Office on Sunday to investigate Yoon Mee-hyang, a founding member of the Korean Council and its former leader, for embezzlement and fraud. Yoon was elected as a proportional lawmaker of the DP’s satellite Citizen Party last month.

When Lee Yong-soo, a surviving victim, made public the accusations against the Korean Council last week, she also singled out Yoon and condemned her. Lee said Yoon doesn’t deserve to be a lawmaker for her lack of integrity.

Yoon posted a message on her Facebook on Tuesday to deny the allegations. “It is a scheme against me created by the conservative media and the UFP,” she wrote. “This morning, I was reminded of former Justice Minister Cho Kuk, whose family and friends were scrutinized vigorously for six months.”