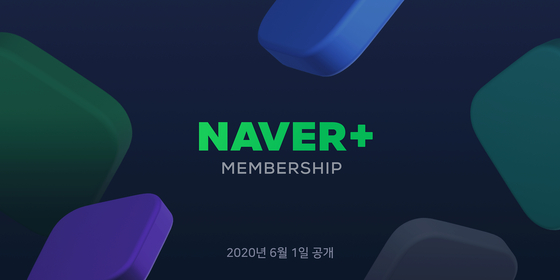 Logo of Naver Plus Membership. [NAVER]


Naver is starting a paid subscription service next month as the company transforms from one focused on simple searches to one providing a wide range of content and e-commerce on a portal site.


Naver Plus Membership will offer 5 percent rewards for purchases from Naver’s shopping, reservation and webtoon services.

Much like Amazon Prime, the new offering will allow access to webtoon previews, the streaming of movies, music and dramas and 100 gigabytes of storage on Naver’s cloud service.


The subscribers will have a choice of one type of digital content for free.


The price is not yet known and will not be released until the opening, which is scheduled for June 1.


Industry insiders expect the monthly charge to be around or below 10,000 won ($8), considering the prices of paid offerings at competing e-commerce players, such as Coupang, TMON and WeMakePrice.


It remains to be seen whether the membership will take off, but one thing clear is that the move is geared to bring in more transactions to the portal site.


Kim Dong-hee, an analyst at Meritz Securities, said that the subscriptions could create stickiness for Naver’s diverse platforms on top of further monetizing the existing content.


“When a paid membership like Naver Plus comes into effect, Naver could strengthen the lock-in effect for its platform,” the analyst said. “Built upon its powerful content service, the membership could introduce a fresh revenue stream relying on a subscription business model."


Last year, total transactions made on Naver reached an all-time high of 20.9 trillion won, which exceeds those on Coupang, one of the largest e-commerce companies in Korea, at 17.1 trillion won.


The data on Naver includes all forms of transactions, including those for webtoons and streaming services.


Naver Shopping alone, however, is growing into a gigantic shopping platform integrated into the Naver site by pulling together a vast array of products sold from online malls; small, independent shops; department stores; and outlet malls.


Retail sellers registered with Naver Shopping total around 300,000 as of the end of March, according to the company. Naver could enjoy even stronger demand in the first quarter as people fearful of the coronavirus flock to the online malls for shopping.


To boost the appeal of its e-commerce, the internet company is experimenting with fulfillment in a partnership with CJ Logistics. Customers who buy products on the shopping platform’s Brand Store segment are entitled to receive their order within 24 hours.


Currently, products manufactured by LG Household & Health Care are packaged and shipped at once in a logistics center to shorten delivery time. During a first quarter conference call earlier this month, CEO Han Seong-sook said that the new system could be applied to more products.