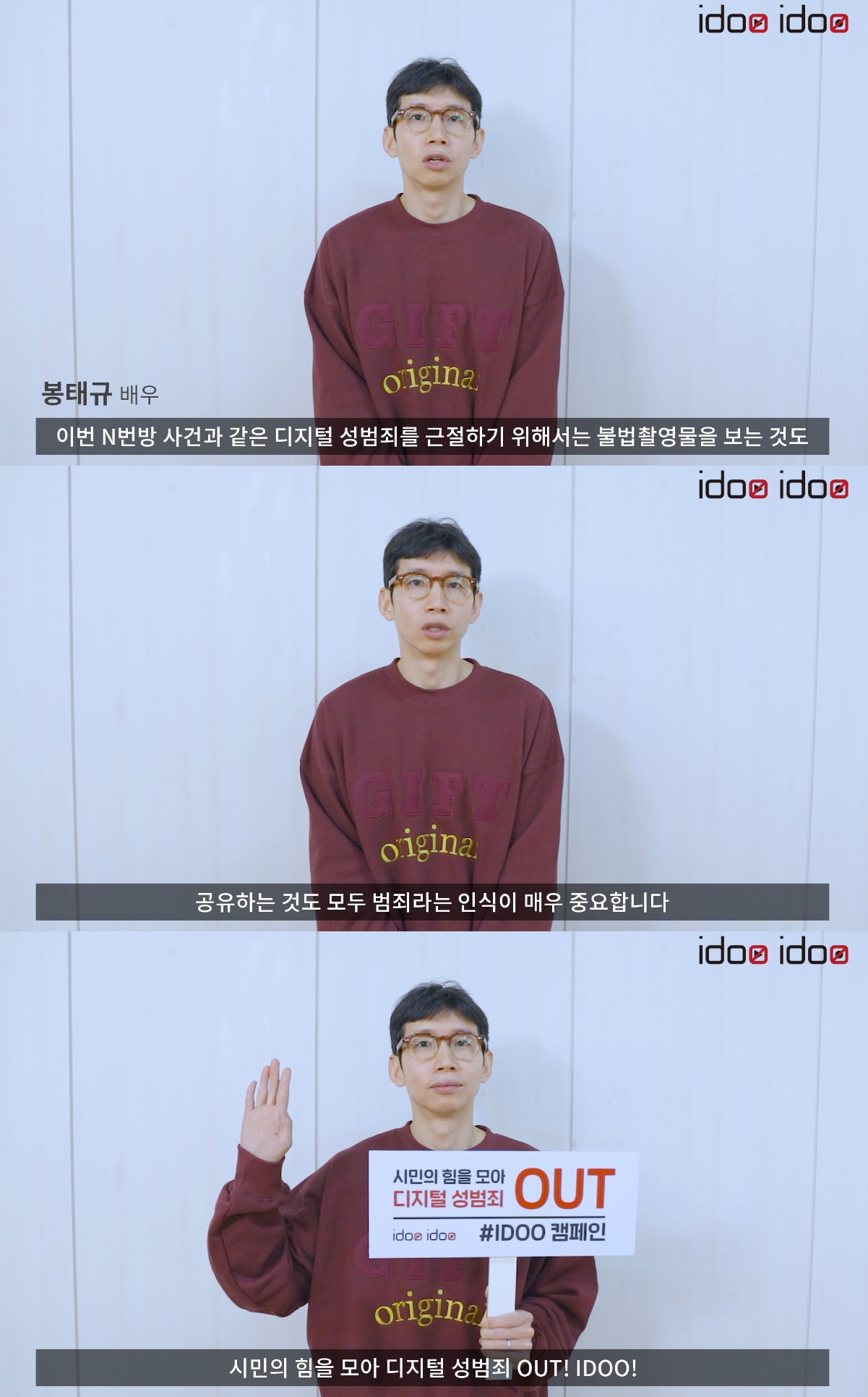 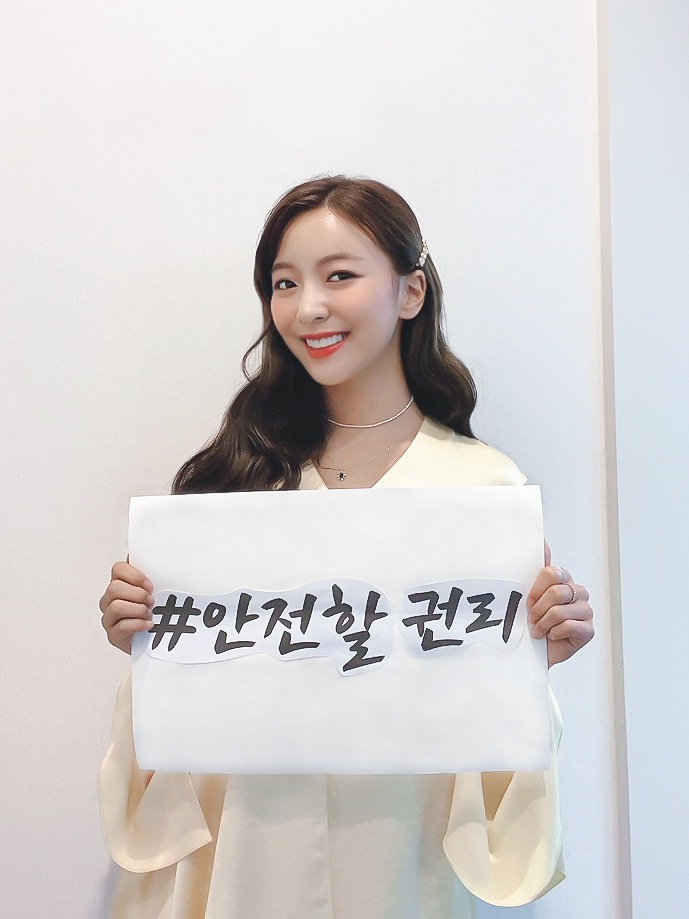 Singer Luna posted a picture of herself holding a placard reading "The Right to be Safe" on Tuesday. [HUMAP CONTENTS] 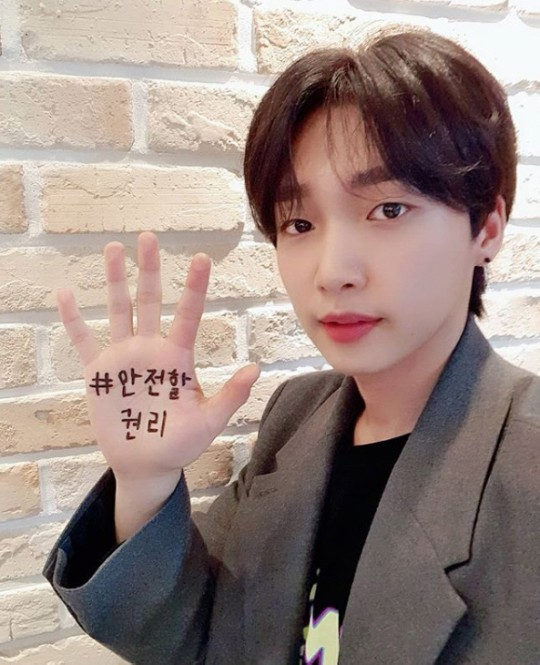 Singer Jeong Se-woon posted a picture of his palm reading "The Right to be Safe" on Monday. [INSTAGRAM]

Actor Bong took part in the “IDOO Campaign,” recently kicked off by the Seoul Metropolitan Government to make sure that the Nth room crime does not happen again, by appearing in a campaign video created by the city government.

“It is crucial that people become aware that even watching and sharing illegal content is a crime in order to make sure that digital sex crimes like the Nth room are eradicated,” said Bong in the video.

Other influential people who took part in the campaign include Lee Soo-jung, a forensic psychologist and a professor at Kyonggi University who was chosen as one of BBC’s 100 Women of the Year in 2019, actor Lee Ha-na and songwriter Don Spike.

Singers Luna and Jeong took part in an Instagram campaign titled “The Right to be Safe” launched by the Ministry of Gender Equality and Family to raise awareness of digital sex crimes and help prevent them from occurring in the future.

Jeong posted a picture of himself with the words “The Right to be Safe” written on the palm of his hands on Monday.

“In hopes that digital sex crimes and violence will disappear. If we don’t change, then nothing changes,” Jeong wrote as a caption.

Luna followed on Tuesday morning with a picture of herself holding a placard reading “The Right to be Safe” and wrote, “We all deserve to be safe.” Footballer Park Joo-ho has also taken part in the campaign.