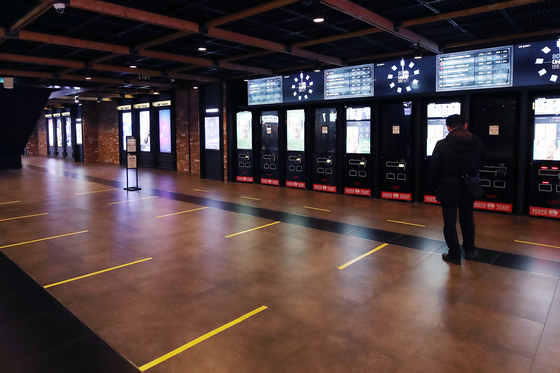 The number of moviegoers fell to a record low last month as the coronavirus scare has kept people from going to cinemas, data showed Saturday.


A total of 970,000 movie tickets were sold in April, plunging 92.7 percent from 13.3 million tallied a year ago, according to data from the Korean Film Council (Kofic).

It is the lowest monthly box-office number since Kofic started to compile such data in 2004, and below the previous all-time low of 1.83 million set in March.

The number of moviegoers in Korea has been declining sharply since the beginning of 2020 as the Covid-19 pandemic has swept the world.