'Burn Up: Billboard Challenge' has its eyes on the charts

'Burn Up: Billboard Challenge' has its eyes on the charts 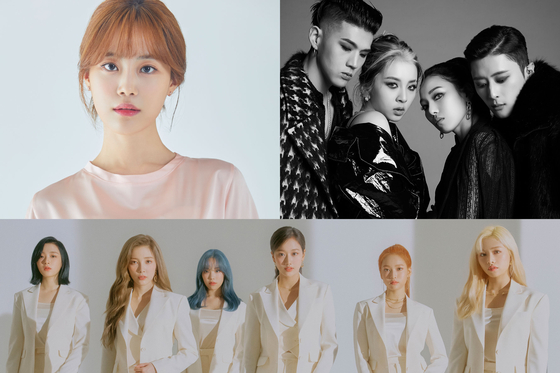 The hosts of the reality program "Burn Up: Billboard Challenge" will be, from top left, Hur Young-ji of the former girl group KARA, mixed-gender group KARD, and girl group April. [DSP MEDIA]


DSP Media Entertainment and JTBC Studio are collaborating on an upcoming K-pop competition program, the agency announced on Wednesday.

The show is opening auditions to anyone who wants to apply. The program is currently accepting applicants online through a global digital platform service called “Ttja” (http://ttja.net).

According to DSP Media, their artists — girl group April, mixed-gender group KARD and Hur Young-ji of the former girl group KARA — will appear on the show as M.C.s.

Titled “Burn Up: Billboard Challenge” (translated), the first episode will be released at the end of June on YouTube.

A total of 30 participants will appear on the show. In the final round, the two finalists will be tasked with debuting on the Billboard charts.