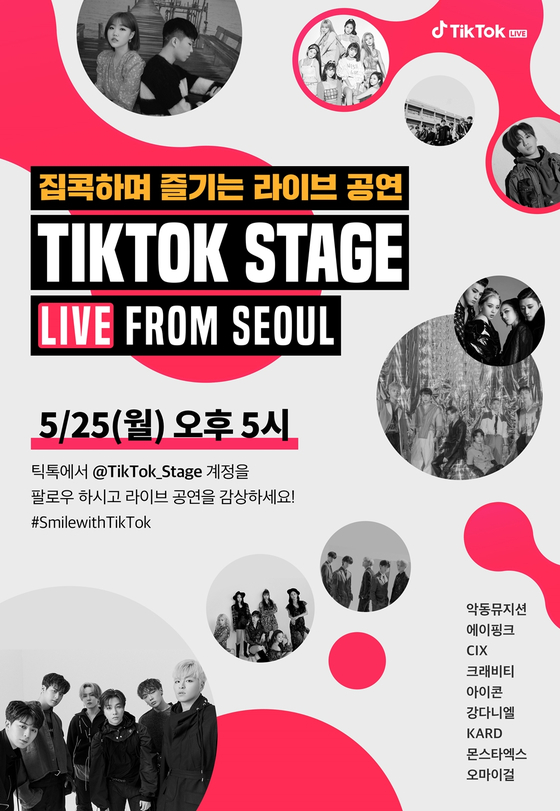 The show will be the very first online concert presented in a vertical-screen format.

Nine of the biggest acts from K-pop will take part in the event, including Apink, AKMU, Oh My Girl, Monsta X, iKON, KARD, Kang Daniel, CIX and Cravity.

The concert will be held on Monday 5 p.m. through TikTok’s official account on TikTok (@tiktok_stage) and users from all around the world will be able to simultaneously take part in the K-pop festivity.

TikTok says that it will calculate the number of viewers of the concert and make a donation equivalent to that number to the Community Chest of Korea.