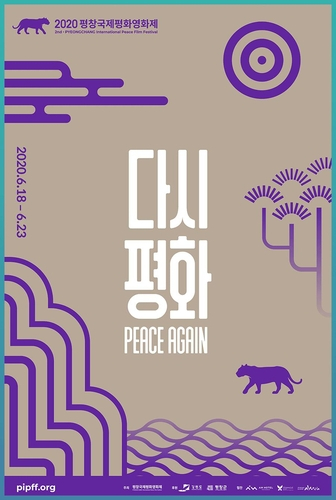 
Despite the ongoing worldwide coronavirus outbreak, the second Pyeongchang International Peace Film Festival (Pipff) will be held from June 18 to 23 in Pyeongchang, Gangwon.

A total of 97 films from 35 countries will be screened through 11 sections.

Eighteen films will compete in the Korean Short Competition and eight will face off in the International Feature Competition.

To commemorate the 20th anniversary of the first inter-Korean summit, photo exhibitions and related panel discussions will be held accordingly.

In an online press event conducted through Naver V Live on Tuesday, festival organizers explained the extra precautions that they will take to prevent further infections.

“We have excluded all programs and events that involve social contact, and we will do our best to follow the social distancing policies through utilizing wide spaces as much as possible, such as outdoor screenings,” programmer Kim Hyung-seok said.