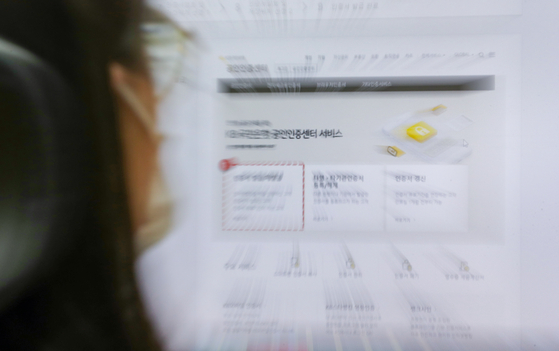 Website of a bank shows the certificate authentication system page on Wednesday. [YONHAP]

Korea’s official certificate authentication system, which has been used for decades for government websites and online banking, may lose its official status as a bill aimed at scaling back the use of the system passed at the parliamentary plenary session on Wednesday.


The system has come under fire since it requires users to download a number of cumbersome and hard-to-install supporting programs.


When the new bill is implemented, the authentication program will no longer have the same power to legally bind users and will have the same legal status as private certificates offered by the likes of Kakao and Toss. The bill will come into effect in November.


The KFTC said that the bill won’t abolish the certificate right away, but that it will lose its status as an official government certificate. One of the advantages of being official was the level of compensation received in the event of failure.


The passage of the bill is the latest blow for the Yessign program. In 2015, a law was implemented that made use of the program voluntary, but major banks and government offices stuck with it.


Reform of the system got rolling when former President Park Geun-hye chastised ministers in 2014 for the difficulties Chinese consumers faced when trying to buy a coat seen on the hit drama “My Love from the Star” (2013) on online malls.


To better compete with private players, the KFTC vowed to improve its electronic certificate earlier this month in cooperation with Naver.


Another notable passage on Wednesday was a bill aimed at shifting costs to content providers like Netflix, YouTube and Naver to help telecom operators ensure stable bandwidth for their services. The bill requires these companies to contribute to the maintaining of the network used for their services, and required foreign players like Netflix and YouTube to designate a proxy to take on the obligation.


The issue has put Netflix at odds with SK Broadband as the streaming service provider said that its users pay for the network usage. Netflix filed a case with the Seoul Central Court on April 13, asking it to confirm that it does not have the obligation to compensate SK Broadband for the cost of upgrading and expanding the local company’s network for Netflix users.


In 2014, Netflix paid Comcast, AT&T, Verizon and Time Warner Cable undisclosed sums to ensure the high-quality streaming of its content to subscribers.


In the same plenary session, a bill designed to restrict the circulation of videos shot without consent also passed, following the "Nth room" case.


The bill will require internet service providers Kakao and Naver to come up with the measures to monitor and curb the circulation of illegally shot videos on their platforms.