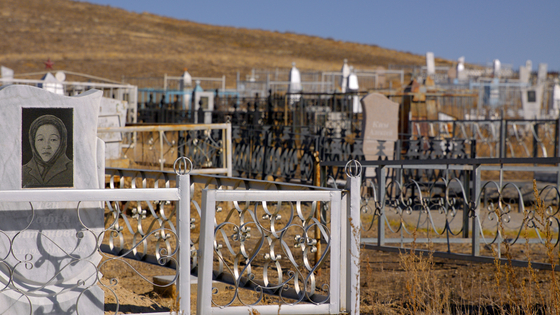 The Korean Pavilion at the 2019 Venice Biennale. [ARTS COUNCIL KOREA]

Venice and Gwangju, both major art shows, delay events to 2021


As the coronavirus continues to affect all corners of the world, major art biennales around the globe have announced new dates for this year’s events, bidding farewell to their decades-old biennial timetables.


The biggest news of the international art world broke this week, when on Monday, The 17th Venice Biennale of Architecture announced it will be postponed by a year, after already having pushed the event once from May to August earlier this year. In March, the Venice International Art Exhibition pushed the timeline of its show to Aug. 29 and revealed plans to hold the biennial for a shortened period of three months. 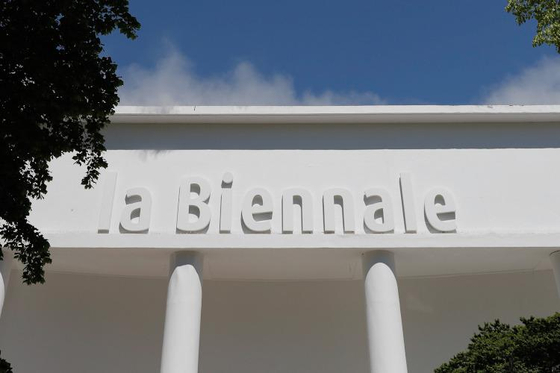 
According to the Venice Architecture Biennale, the event will take place from May 22, 2021, and run for six months until Nov. 21, 2021. Since the art biennale takes place a year after the architecture biennale, The 59th Venice International Art Exhibition will also be pushed by a year and run from April 23 to Nov. 27, 2022. This will be the first time that the art biennale has missed its two-year gap since 1990, when the organizers delayed the event from 1992 to 1993, in order to hold the 1995 event in tandem with the centennial.

“The decision to postpone the Biennale Architettura to May 2021 is an acknowledgment that it is impossible to move forward — within the set time limits — in the realization of such a complex and worldwide exhibition, due to the persistence of a series of objective difficulties caused by the effects by the health emergency underway,” the biennale said on Monday. “The current situation, up to now, has definitely prejudiced the realization of the Exhibition in its entirety, jeopardizing the realization, transport and presence of the works and consequently the quality of the Exhibition itself.”

Other international art biennales have also resorted to postponing their schedules amidst the pandemic. The 34th Sao Paulo Art Biennial — the world’s second oldest art biennale after the Venice Biennale — was set to open on Sept. 5, but organizers announced that a new timetable will span from Oct. 3 to Dec. 13. The Helsinki, Berlin, Liverpool and Jakarta Biennales will also open next year. 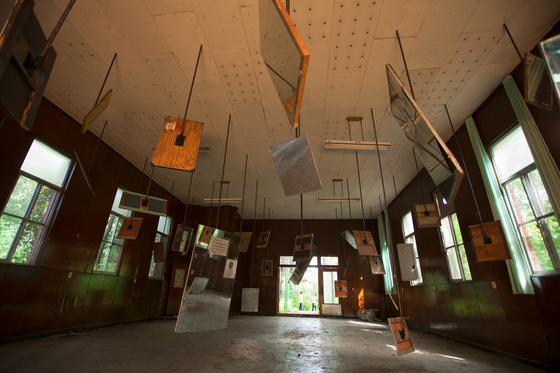 
The Korean art world is no less in turmoil — but some remain adamant that the show must go on amid the unprecedented crisis.

Gwangju Biennale, which is considered to be the biggest art biennale in Asia, announced last week that it will be holding the 13th Gwangju Biennale next February due to the coronavirus outbreak. The organizers confirmed that the event, which was planned for Sept. 4 to Nov. 20 this year, will now be held from Feb. 26 to May 9, 2021, under the title “Minds Rising, Spirits Turning.” The art directors of the event — Defne Ayas and Natasha Ginwala — spoke to the local press on May 14 through a video phone call, emphasizing the need for global solidarity at this time.

“While we as curators understand and acknowledge the precarious and problematic nature of biennales all over the world, we remain convinced that one must still strive to create an inclusive space that aims to harness ancient world-building systems with newly engendered spirits,” said the directors. 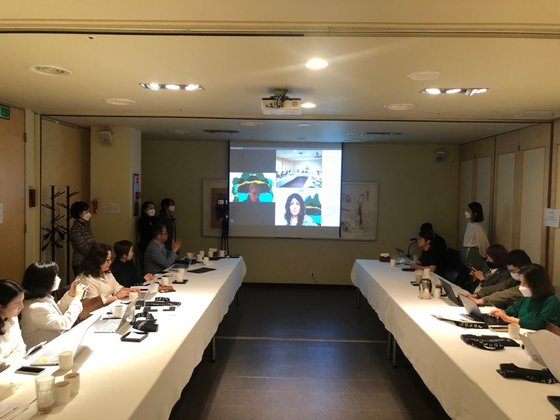 
In their efforts to create such a space, the first floor of the Gwangju Biennale Exhibition Hall will be open for free to all visitors for the first time. The ticket booth will be placed inside the first-floor exhibit, as well as a lobby where visitors can rest while watching performances and panel discussions take place. The idea was pitched by the exhibition architect Diogo Passarinho, who got the idea from hanok, Korea’s traditional homes, according to the directors.

Details of the exhibition may change, but the preparation process and other information will be posted on the biennale’s official websites for art lovers to follow.

For other smaller art biennales, the luxury of setting a new date is not an option. The Jeju Biennale, which planned to open its second event this year on June 17, pushed the date to August and then officially announced that it will indefinitely postpone the event for the time being. The Jeju Biennale was promised to be the biggest international art event to take place in Korea’s southern island. The Jeonnam International Sumuk Biennale, which provides a gathering for traditional eastern painters all over Asia, will open its event next year, as well as the Daegu Photo Biennale which will open in September 2021.

The Seoul Mediacity Biennale will commence as planned and take place from Sept. 8 to Nov. 22 this year, and use the opportunity to show the event’s capabilities to be held amid a crisis, according to director Beck Jee-sook of the Seoul Museum of Art, the organizing institution of the event. The biennale, whose title is “One Escape at a Time,” is continuing its preparation under the digital supervision of art director Yung Ma. The museum aims to hold the event as planned, but has also developed a backup plan should they need to resort to other measures.

The Busan Biennale — directed by Jacob Fabricius — also revealed plans to move forward with their event that is scheduled to run from Sept. 5 to Nov. 8, and the Changwon Sculpture Biennale will run from Sept. 17 to Nov. 1.

Some reports say that the Busan Biennale is likely to be delayed, should the coronavirus pandemic fail to subside in the summer.


“A biennale is an event that discusses the most immediate issue in the most active manner,” said Beck. “Every biennale reacts differently to different situations, but that will also be a chance to show the versatility of the art world. But right now, our utmost goal is to have the event open in its entirety.”