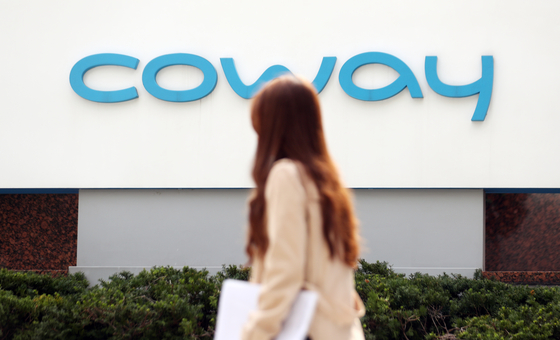 The Seoul High Court on Sunday ordered local water purifier rental company Coway to compensate 227 customers to the tune of 1 million won ($806) each, after finding the company failed to notify customers properly about a defect in its product with the potential to emit nickel.

Previously, the Seoul Central District Court sided with Coway, finding there was insufficient evidence to prove the plaintiffs’ water purifiers had leached nickel into the water, and that the purifier harmed the customers’ health. Sunday’s ruling did not reverse that finding, but held that Coway violated its obligation to notify the customer of the products’ major defect when they signed a rental contract.

“The fact that the water contains nickel means that a core and fundamental failure has occurred at the company’s water purifiers, which have had their quality guaranteed by Coway,” the high court wrote in its ruling.

“Coway should have notified the customers of such fact so that they could cancel the contract or exchange the product.”

In 2015, the company became aware internally  that a select number of water purifier models had metal components in its water tank that were later found to have nickel plating that contaminated the water. Coway made arrangements to correct the defect but failed to notify its customers about possible nickel substances in the water.

News outlets revealed the cover-up in 2016, and a government-led investigation team found that at least 22 of the 100 components in question caused nickel contamination.

Coway recalled the products in question, but a group of customers filed a suit, asking for 3 million won each in damages.

Water dispensed from the purifier contained a maximum of 0.386 mg/L nickel compounds, the investigation found. The WHO has said that concentrations of nickel in drinking water average less than 0.02 mg/L. Ingesting high concentrations have been found to be carcinogenic in humans.

The ruling found that Coway’s failure to notify its customers of the defect caused them immaterial damage.

“If the customers were aware of the possibility that their water purifier could have nickel exfoliation, the plaintiffs would not have drunk its water,” the court said. “The customers’ right to make logical and free decisions about the contract was taken away, because Coway didn’t perform its obligation to notify the customers.”

The lawsuit initially included a total of 233 customers as plaintiffs, but the high court excluded six users whose water purifiers were rented by others. Coway’s violation of duty is confined to the contracts it signed with the customers, rather than whether a person drank water from its purifier, according to the court.

“The latest ruling about the compensation is in relation to three types of ice water purifier, [in] which [the company] violated the duty of notifying the customers back in 2016,” the company said. “At the time, we suspended manufacturing the problematic products and made a recall.”