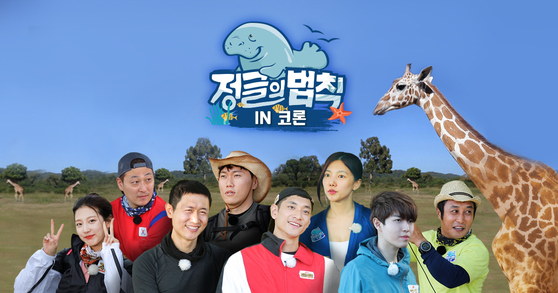 Long-running variety show "Law of the Jungle" will be taking a break from June 13 due to the coronavirus pandemic. "Park-Jang's LOL (League of Love-Coaching),“ featuring comedians Park Na-rae and Jang Do-yeon, will take over the slot. [SBS]


Long-running SBS variety show “Law of the Jungle” is going on a hiatus due to the coronavirus pandemic.

The current season “Law of the Jungle in Palawan and Coron” will end on June 6, after which the show will be on hold indefinitely.

First aired in October 2011, the popular show takes celebrities out of their comfort zones and takes them on an a wild adventure in an overseas wilderness.

However, as the ongoing pandemic means the show can’t film overseas, the production staff decided to end the current season early.

“Law of the Jungle” is one of the broadcaster’s most well-known shows, alongside “Running Man.”

The production staff emphasized that the hiatus is temporary and the show will return.

“As much as it was beloved by our viewers for a long time, we are consistently checking the appropriate time for us to be able to start filming again,” SBS said in a statement.

A new variety show “Park-Jang’s LOL (League of Love-Coaching)” will be taking over the slot from June 13. Two comedians and best friends, Jang Do-yeon and Park Na-rae will take on the role of love coaches and consult with real couples on their dating issues.

Going against the Constitution (KOR)

How to break the deadlock (KOR)