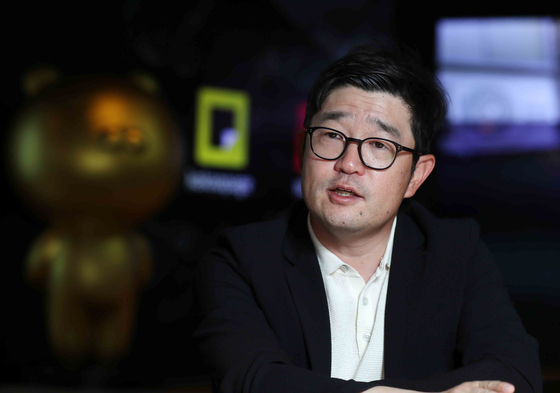 KakaoPage CEO Lee Jin-soo during the interview on May 11 at the company's headquarters in Pangyo Techno Valley, Gyeonggi. [KIM SANG-SUN]


Nobody believed that there was money to be made from Korean webtoons in Japan.

When Kakao subsidiary KakaoPage launched Piccoma, a manga subscription service in Japan, in April 2016, it seemed like nobody thought the Korean business had a chance of success. Four years later, Piccoma has grown into a leading platform with 20 million cumulative downloads in Japan and business is booming.

Popular webtoons "Solo Leveling" and "Legendary Moonlight Sculptor" make up only 1 to 2 percent of KakaoPage's original content, but about 30 percent of Piccoma transactions. "Solo Leveling" alone has earned more than 19 billion won ($15 million) in total, both in Korea and overseas. In May, daily transactions — based on both Korean and foreign content — exceeded 2 billion won for the first time.

The JoongAng Ilbo sat down with KakaoPage CEO Lee Jin-soo at the company's headquarters in Pangyo Techno Valley, Gyeonggi, on May 11, to discuss KakaoPage’s success in the global comics market. Lee, the former head of NHN's marketing center, founded Podo Tree in 2010 and sold the company to Kakao in 2015. He has been leading KakaoPage since August 2018.

Below are edited excerpts from the interview with Lee. 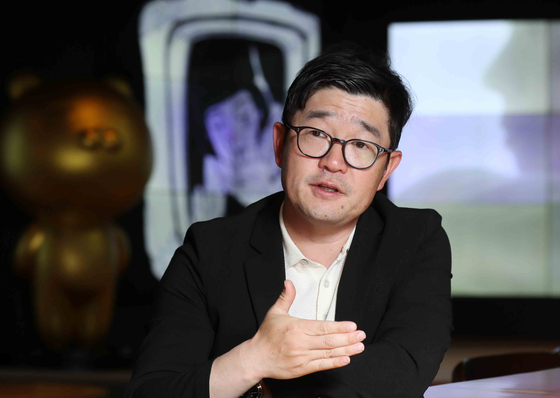 KakaoPage CEO Lee Jin-soo during the interview on May 11 at the company's headquarters in Pangyo Techno Valley, Gyeonggi. [KIM SANG-SUN]

How did KakaoPage manage to do so well in Japan, the world's No. 1 comics market?


In 2013, Podo Tree made a few hundred thousand won a day. But the webtoons and web novels market, which was so small then, grew to tens of millions of won and again to 100 million won, 300 million won, and 500 million won, to become a super-competitive market in Korea. Webtoons and web novels have a very short consumption cycle because you can finish them so quickly. So it's difficult to survive without having a big supply of attractive content. We've been working on this for five to six years, and competition has been fierce to find the gems from pebbles. It entered the Japanese market with content that had already proved popular in the Korean market. It is similar to the K-pop wave, which swept the global market with proven songs and dances from Korea.


Yes, Japan's most popular webtoon, "Solo Leveling," was viewed by up to 820,000 users a day. Japan is not the only country. Earlier this year, we started our service in Indonesia and it is growing rapidly. Indonesia's top seller is the Korean webtoon called "The Office Blind Date."


It was really hard at first when we started in 2010. I wondered if there was any other content other than adult content and educational content that people were used to paying for. Then I noticed how a mobile game, Anipang, gained popularity. There must have been tens of thousands of similar games before Anipang, but it was the only one that succeeded in making money. Users have to wait a few minutes after playing five rounds in a row to play again, but people paid to play immediately. That's when I realized, if you tell me I need to pay 500 won because it's fun, I won't pay because the world is full of fun things. But I will pay to save time. This method has also been proven in massively multiplayer online role-playing games such as NCSoft’s Lineage. Users can get items for free by finishing numerous quests, but since it takes too much time and effort, users pay. The game business has already proved that a user’s time is the best commodity. We introduced this idea to webtoons and web novels for the first time in 2014 by giving them the option to wait a day or two to read it for free or pay to read it now.


Weren’t there any objections to Korean webtoons in Japan?


The mainstream of the comics market is fantasy. Just as Japan's popular manga series "Dragon Ball" is popular worldwide, so is our "Solo Leveling." Also, we thoroughly pursue localization. The popular webtoon "Itaewon Class," which was also made into a drama, is being sold in Japan under the name "Roppongi Class." 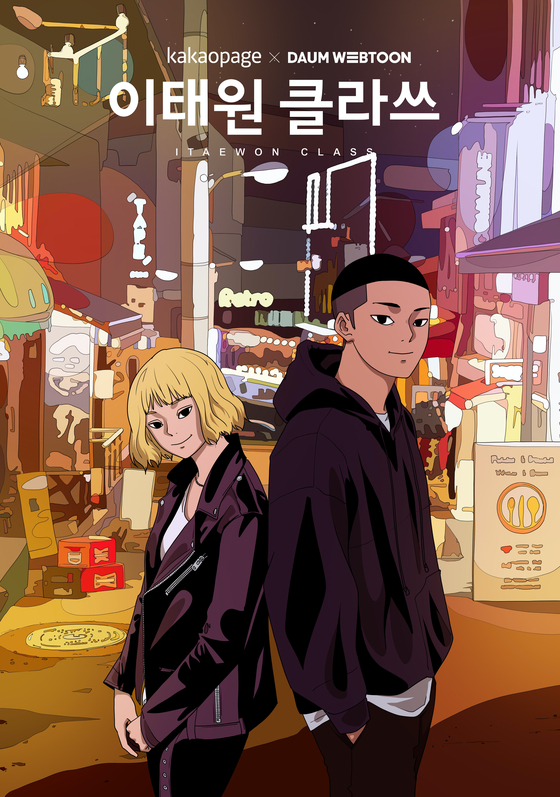 Did KakaoPage invest in the movie "Space Sweepers?"


KakaoPage formed a partnership with Merry Christmas, a content-creating and distribution company, on May 25 to expand the content from the movie "Space Sweepers." Starring Song Joong-ki and Kim Tae-ri, the movie takes place in 2092 when the crew of the space trash cleaner Space Sweepers discovers a robot named Dorothy. KakaoPage has invested in this movie from the initial scenario stage and started to publish its webtoon series on Wednesday. As such, one good story can expand to web novels, webtoons, dramas, movies and games.


Even before Space Sweepers, weren't there many other cases of producing multiple contents from a single story, such as Mystic Pop-up Bar, Itaewon Class, and a Start-Up?


There are currently 130 separate webtoons that have earned more than 1 billion won on KakaoPage. Six have earned more than 10 billion won, including "Doctor Choi Tae-soo," and "Overgeared." This is an era where tens of billions of won can be raised with just one webtoon. If you connect it with games and expand it to movies, dramas, and goods, you will see that one webtoon alone generates 100 billion won in sales. The starting point of the story doesn't matter. We aim to see the potential and expand together. I think "Space Sweepers," which started from a movie script, can become a great webtoon, web novel and game.


How do you expand?


This field is also becoming more diversified. We collaborate with various writers and studios to create absorbing stories with expansion in mind from the planning stage. It is similar to the K-pop system, where almost all projects are produced by the agency. In the past, I could have become a singer by turning up with an acoustic guitar at the MBC Riverside Song Festival, but now that the industry has matured, there aren’t many singers who haven't been through an agency.


Some point out that as webtoon production is commercialized, webtoons are all alike. What do you think of this criticism?


As webtoons sell on a serial platform, the reader's response is the most important thing. But since readers get bored if stories overlap, we are working on providing a range of plots.


Are you aware that the KakaoPage platform is uncomfortable for some readers?


Yes, I am well aware of the problems related to the platform. We have mainly been preoccupied with securing strong content, but we will try to solve all the problems over the next two years.