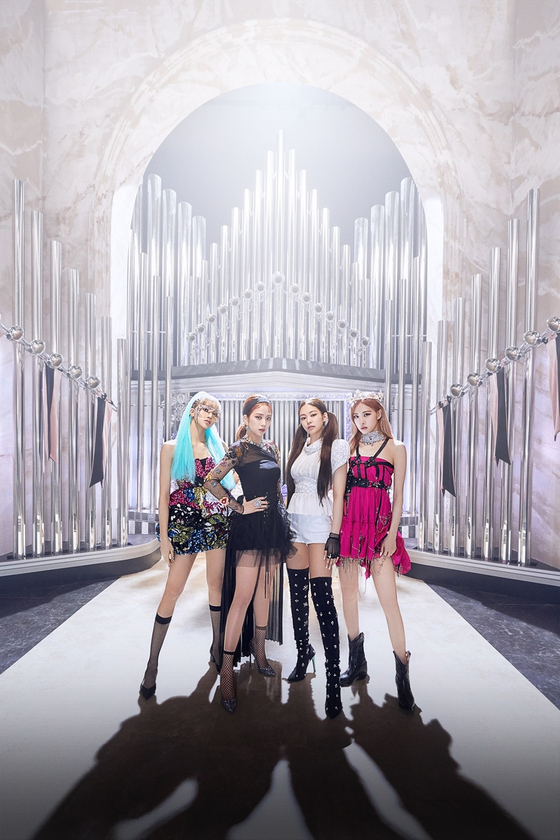 Rosé, Lisa and Jisoo of girl group Blackpink will each release their own solo music after the group's first full-length album drops in September, the group's agency YG Entertainment said on Monday.

"The work for Rosé and Lisa's solo projects is already finished, and we are working on Jisoo's solo music," the agency said.

According to the agency, the three members' solo tracks will come after September, "putting the band's first full-length album as first priority."

The first member to make a solo debut was Jennie, who released her song "Solo" in November 2018, which stormed charts both in and outside of Korea immediately after its release.

"Solo" topped the iTunes charts in 40 overseas regions, as well as the iTunes Worldwide Song Chart, a first for a Korean solo female singer.

The agency asked for fans' understanding on why it took so long for the other members to release their own music.

"For instance with Rosé, we wanted to release music in the form of an album, rather than a single, which took a long time," the agency said.

"We ask for your love and support for the members of Blackpink, who are readying the last touches for their comeback this month."