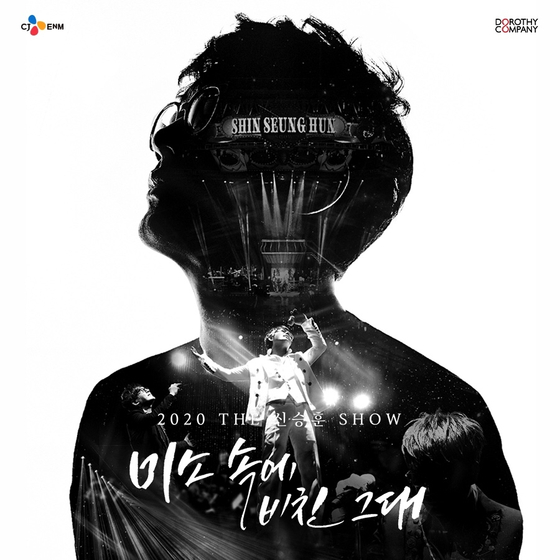 Poster for singer-songwriter Shin Seung-hun's concert tour "Reflection of You in Your Smile." [DOROTHY COMPANY]

Singer-songwriter Shin Seung-hun, known in Korea as the “king of ballads,” has canceled a nationwide tour planned for his 30th anniversary due to the Covid-19 outbreak.

“We have decided to delay the launch of the tour on June 13,” Shin’s agency Dorothy Company said in its statement on Tuesday. “We will be notifying the public about the tour’s new schedule in the near future. We hope that the situation improves to ensure safety for the audience and the artist.”

The tour, dubbed, “Reflection of You in Your Smile,” named after Shin’s first album released in 1991, was to be held in cities across the country including Suwon and Seongnam in Gyeonggi, Gwangju, Daegu, Busan and Seoul.

This year is Shin’s 30th year since his debut. To celebrate the anniversary, Shin released “My Personas” in April, his first physical album since 2015.

Shin rose to fame with his first album in 1991, “Reflection of You in Your Smile,” which sold more than 1.4 million copies that year. With that Shin became the first singer in Korea to ever sell more than a million copies of an album.

Shin gained the moniker “king of ballads” in Korea because most of his hits are love songs, including his legendary ballad, “I Believe” (2001).

N.Flying's Cha Hun to make his acting debut on Saturday